We will all be familiar with CPR 35.4, which states that no party may call an expert or put in evidence an expert’s report without the court’s permission.   Where an expert has been identified and their report is disclosed post proceedings, then to change the identity of their expert, a party must apply to the Court.

What about the situation where a party changes expert before proceedings have been issued where the first report has not yet been disclosed?

CPR 35.13 states that a party who fails to disclose an expert’s report may not use the report at the trial or call the expert to give evidence orally unless the court gives permission. We all assume that this means that if we get a first report and do not want to rely upon it, then we can simply get a second report. Recent case law, however, suggests that both Claimants and Defendants need to be wary of this tactic.

Ricky Edwards-Tubb v JD Weatherspoon PLC [2011] EWCA Civ 136 CA (Civ Div) will affect Defendants and Claimants alike, when deciding both to instruct and refer to expert evidence in the early stages of a claim. This will be of particular interest to Trusts and the NHSLA who will often obtain expert evidence as part of inquests, or early on in a case to facilitate prompt resolution or respond to a Letter of Claim.

The Claimant argued that whilst a party might require permission to change from one court-permitted expert to another in the same discipline, that requirement was limited to a change of expert which took place after the issue of proceedings. The Defendant said that there was no distinction between a change of expert before the issue of proceedings and change of expert afterwards, as in both cases the court had control under CPR 35.4. Further, the court should exercise that power in such a way as to discourage expert shopping and encourage openness.

The court was swayed by arguments regarding the damaging features of expert shopping and the ethos of the CPR which encourages openness and communication before and after issue.

The court held that there was no justification for not disclosing a report obtained from an expert who had been put forward by that party as suitable for the case, had been accepted by the other party as suitable, and had reported. The court felt it was appropriate to exercise the control afforded by CPR 35.4 in order to maximise the information available to the court and to discourage expert shopping. The Claimant was ordered to disclose the first report.

It may be that this judgment is limited to low value cases where Claimants propose an expert (usually condition and prognosis) and invite the Defendant to agree to that expert.  However, a marker has been laid down and it may be that subsequent judges decide that should either party refer to any specific expert report, even pre-issue, and then appear to change experts, that the first report should be disclosed.  Whilst Defendants may find this approach welcome, it may prove to be a double-edged sword.  What about cases where a Defendant commissions early expert evidence, such as during an inquest or in the early stages of a claim and refers to that report? There are certainly instances where a Claimant indicates that a claim will be commenced before an inquest has been concluded.  This case highlights that parties will need to think very carefully before referring to expert reports in discussions with the other parties. Mention of such a report may cause difficulties if that party wishes to instruct an alternative expert. 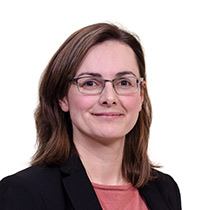 I am a solicitor in the Clinical Risk Department specialising...