The Claimant who exaggerates his claim

A Court of Appeal case, which brought to the fore a number of interesting issues relating to Part 36 offer and acceptance:

The Claimant suffered a back injury and claimed damages of £280,000.  Liability was admitted. The Defendant obtained video evidence of the Claimant which suggested that the claim was significantly exaggerated and made a Part 36 offer of £23,550.  The offer was rejected.  A year later the Defendant made an improved offer of £31,702 which the Claimant accepted.

The issue of costs was brought before the Court.  The first instance Judge found that the Defendant was the successful party from the date of the first Part 36 offer and the Claimant was ordered to pay costs from that date.  The judge added that even if he was wrong on that issue, the Claimant’s conduct warranted an order that he Claimant should pay those costs.

Disappointingly for the Defendant, the Court of Appeal found that the extent of the Claimant’s exaggeration was not sufficient to cause them to depart from the usual rules as to which party pays the costs of the action.

Jackson LJ lamented the increasing tendency by first instance courts to depart from the starting point set out in rule 44.3 (2) (a) that the unsuccessful party will be ordered to pay the costs of the successful party.  He commented that whilst such an approach may strive for “perfect justice” in the individual case this is at a huge cost to other litigants because of the uncertainty which such an approach generates. With that in mind Lord Justice Jackson was hopeful that the forthcoming amendment to rule 36.14 (1) (a) (which addresses the costs consequences if a claimant fails to obtain a judgment more advantageous than a defendant’s Part 36 offer) will lead to a more clear cut approach to costs.

How to deal with exaggerated claims

Jackson LJ gave some guidance to Defendants who discover that a Clamant is exaggerating his or her claim.  Where the Claimant has a strong case on liability but quantum is inflated the Defendant’s remedy is to make a modest Part 36 offer.  However, Jackson LJ warned that if the defendant fails to make a sufficient Part 36 at the first opportunity, it cannot expect to secure costs protection.  (With this advice in mind I refer you to the further advice from Jackson LJ on low early offers in the Medway PCT case below.)

Defendants could feel rather deflated by the findings in this judgment, particularly when facing an exaggerated claim.  However, there is a small chink of light as Jackson LJ commented that where the Claimant has been found to be “dishonest” there may be different cost considerations, although this did not apply in the Fox case.  Having said that, “dishonesty” is a difficult argument to succeed upon.

As always, Defendants will have to give careful consideration to the level and timing of a Part 36 offer.  If you are aware that the claim is exaggerated a prompt and “sufficient” offer should be made.

On a more positive note increased certainty as to the cost consequences of failing to beat a Part 36 offer can only be helpful and we look forward to the Part 36 amendment on1 October 2011.

When is a Calderbank offer tactically better than a Part 36 offer?

In this case the Claimant took his claim to trial but failed entirely on the main issue and recovered only a tiny faction of the amount claimed.  However, the judge at first instance awarded him 50% of the costs of the entire action.  Unsurprisingly, the Defendant appealed on the issue of costs.

Briefly, Mr Marcus suffered a leg amputation and alleged that this was due to clinical negligence. He brought claims against his GP, who was employed by the PCT, and a locum GP.   Prior to trial quantum had been agreed at £525,000.  At trial the GPs successfully maintained a causation defence in respect of Mr Marcus’ amputation.  Mr Marcus was awarded just £2,000 for his pain and suffering as a result of a delay in diagnosis.

On appeal the Defendant GPs were awarded 75% of their costs. The Court of Appeal took into account;

Consideration was given to whether the GPs should have made an early low Part 36 offer.  The GPs argued that had they made such an offer, and had it been accepted, then they would have been liable for the Claimant’s full costs.  Jackson LJ commented that Defendants should have made a Calderbank offer of say £3,000 with a costs proportionate offer.  If the GPs had made such an early offer, and had it not been accepted, then in Jackson LJ’s opinion this would have resulted in a strong, if not unanswerable case, that all costs thereafter should have been paid by Mr Marcus.

The respondents made an offer, which they described as a Part 36 offer, but which technically was not a Part 36 offer as its terms were not consistent with Part 36 as;

The Court of appeal referred to the case of C v D [2011] EWCA Civ 646 which held that any ambiguity in an offer purporting to be a Part 36 offer should be construed so far as reasonably possible as complying with Part 36.  It is also important to take into account whether the parties concerned appreciate that the offer does not comply with Part 36.

In the Howell case it was just to conclude that the offer letter should be treated as a Part 36 offer and this was supported by the fact that parties had treated the offer made as being made under Part 36 and also that the offer was still in force well after the 21 day time limit referred to in the offer had passed.

The infant Claimants claimed damages as a result of alleged clinical negligence related to the death of their mother.  A Letter of Claim was served.  The Defendant replied 14 months later denying liability but also making a Part 36 offer.  The Claimant’s advisers said that they needed to get further evidence before considering the offer.  The offer was accepted several months later.  The Defendant sought her costs from 21 days after the offer was made until it was accepted.

The two key issues in the case were

The Judge, John Leighton Williams QC, noted that although Part 36.14 refers to cost consequences “following judgment” there is no rule headed “Cost consequences following the issue of proceedings” which there might have been if a distinction was to be drawn between pre-issue and post issue but pre-judgment costs.

The Court held if one were to interpret “costs of the proceedings” in CPR 36.10 as being restricted to post–issue proceedings, it follows that pre-issue costs could not be recovered under these provisions.  However, the Judge concluded that “proceedings” should be construed to have a wider meaning to include steps taken prior to issue and thus Part 36.10 is not confined just to post-issue proceedings.

On the second issue the Court held that it was appropriate to exercise its discretion under CPR 36.9(3) as the Claimants reasonably required time to investigate the case and also that this matter required the Court’s approval.  Therefore, the Claimants were entitled their costs.  However, the Judge commented that the Claimants should have formally requested an extension of time to accept the offer. 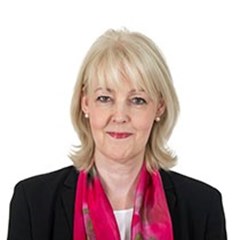