Tax claim not too remote

The Claimant was the daughter and executrix of the deceased, who died after suffering a perforated bowel after a colonoscopy.  Liability was admitted in respect of a delay in treatment of the perforation.  The agreed settlement of £315,000 was almost exclusively made up of a sum to cover inheritance tax that would have been avoided had the deceased not died at that time.

At the time of the colonoscopy, the deceased was in the process of gifting property to her children and obtaining an insurance policy, to cover an inheritance tax liability that might arise if she did not survive for at least 7 years after making the transfer.  This process had not been completed at the time the deceased died and the property was subject to an inheritance tax bill of over £300,000.  It was claimed that but for the admitted negligence, the deceased would have survived long enough to complete the property transfer/insurance process (and probably beyond 7 years anyway).

The claim was settled out of court but the report, and level of settlement, suggests this argument was accepted by the Defendant.

Comment:
The author cannot recall seeing any such claim in nearly 15 years of handling claims.  However, claims along these lines may become increasingly common.  The baby boom generation, which has generally done very well from the property market, is now coming up to retirement and looking to minimise inheritance tax payments by making gifts to beneficiaries before death.  If such donors do not survive for at least 7 years after making such gifts, there will be some tax implications.  An argument that such a claim is too remote from a negligent act may be difficult to sustain.

The Claimant claimed damages from the Defendant GP in respect of a failure to refer her to hospital.  The Claimant had been born prematurely, at 27 weeks gestation. On a visit to the GP, when 10 weeks old, the Claimant’s mother complained that the Claimant had various symptoms including irregular breathing and a low temperature. The GP’s advice was to take the baby home and keep her warm. After going home, the Court found that the Claimant’s condition deteriorated further, and the mother took her to hospital – arriving less than a hour after the time she would have done if the GP had referred her to hospital at the time of his examination.  The Claimant’s condition deteriorated and it appears she suffered a failure of peripheral perfusion.  This resulted in brain damage and long term disability.

The Court found that the GP had breached his duty in not referring the Claimant to hospital.  Had the Claimant arrived at hospital earlier, her deterioration would have been diagnosed and treated, and whilst the timings were very tight, on balance, the brain damage would have been avoided.  The Claimant therefore succeeded on causation as well.  Damages are to be assessed.

The trial Judge said that there should have been a low threshold for referring a premature baby to hospital – particularly when at the time of events, that baby had still not reached the equivalent of full term.

Comment:
This case should sound a warning that when reviewing and treating premature babies, it is better to err on the side of causation if in two minds about referring to hospital or seeking a second/specialist review.  Whilst this claim involved the actions of a GP, a similar test could well be applied to the actions of A&E staff.

Breach of duty that did not cause injury

On 17 March 1993 the Claimant’s mother attended the hospital complaining of reduced fetal movements.  CTG monitoring was undertaken and the obstetrician concluded that the trace indicated the baby’s condition was “satisfactory”.   The Claimant was born on 22 March, in a poor condition and has permanent brain damage.

Comment:
This case is a reminder that a Claimant has to prove both breach of duty and causation to succeed in a case for negligence.  We often face claims brought on the basis that there is a clear breach of duty but the case on causation has not been thought through.  A common example is a delay in diagnosis of a fracture. Such a delay can be a breach of duty but often, the delay is short and treatment would have been the same, which is likely to have led to the same outcome.

Damages for a delay in diagnosis

The Court found there had been a 28 day delay in diagnosing that the Claimant had  occluded arteries in his lower left leg, which caused ischaemia in the foot and eventually lead to a below the knee amputation. The Court rejected the argument that timely diagnosis would have led to the leg being saved.  Rather than the case being worth hundreds of thousands of pounds, this led to an award for £1,250 only.

Comment:
Awards of damages for a delay in diagnosis vary greatly.  The length of delay is one factor, but also the degree of pain will be relevant.  That was difficult to assess in this case as the issue of how much pain was being suffered was relevant to causation issues – it was in the Claimant’s interests to minimise the amount of pain he suffered during the period of delay as this would suggest the situation was still salvageable.  However, this case provides a useful precedent when dealing with minor value claims for delayed diagnosis. 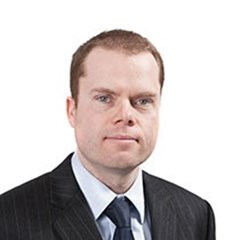