In nomine Patris, et Filii, et Spiritūs Sancti. Musketeers. Bee Gees. Wise men. Whether it is the Trinitarian formula, Dumas’ swashbuckling heroes, the brothers Gibb or gift-bearing Magi from the East, many good things undeniably come in threes. With this in mind, what follows should be read as the third - and final - instalment of my series of articles on the progress of the Jackson reforms, tracing developments from the publication of Sir Rupert’s final report in December 2009 to the cusp of implementation.

At the time of my last update in May 2011, the Government had recently published its Consultation Response indicating that the majority of Sir Rupert’s recommendations would be implemented via primary legislation, rules or policy changes. A significant amount of water has travelled under the bridge since then, including the passage through Parliament of the highly controversial LASPO Act, the Ministerial Statement of 17 July 2012 and, most recently, the Simmons v Castle debacle in the Court of Appeal.

Those of Jackson’s recommendations that required primary legislation to take effect are now incorporated into the Legal Aid, Sentencing and Punishment of Offenders Act 2012. This controversial piece of legislation finally received Royal Assent on 1 May 2012 but only after an extremely turbulent passage through Parliament, which inflicted no less than 14 defeats on the Government. As has been widely reported, the major sticking point was that while many of Jackson’s sensible recommendations on costs reform were taken forward in Part 2 of the Act, the Government has, at the same time, severely reduced the scope of and eligibility for civil legal aid in Part 1 of the Act, something that Jackson himself counselled strongly against.

At the time of writing, the LASPO Act is currently being prepared for publication. However, the key provisions implementing Jackson’s recommendations are:

On 17 July 2012, former Justice Minister Jonathan Djangoly issued a Ministerial Statement providing further detail on the Jackson recommendations that were being implemented by rule or policy change. The statement updates on qualified one way costs shifting (QOCS), the changes to Part 36 and the new proportionality rule.

Following further consideration of advice from the Civil Justice Council, the Minister announced that QOCS is to be introduced in personal injury claims, so that claimants conducting their case properly will not have to pay towards defendant costs if the claim fails. Rules will be drafted on the following basis:

I. QOCS will apply to all claimants whatever their means; there is to be no financial test to determine eligibility;

ii. Subject to the provisions below, claimants who lose will not have to contribute towards defendant costs (there is to be no minimum payment by a losing claimant);

iii. QOCS protection would be lost if:

(a) the claim is found to be fraudulent (on the balance of probabilities);

(b) the claimant has failed to beat a defendant’s Part 36 offer to settle; or

(c) the case has been struck out where the claim discloses no reasonable cause of action or where it is otherwise an abuse of the court’s process (or is otherwise likely to obstruct the just disposal of the proceedings).

iv. The principles set out in Part 36 of the Civil Procedure Rules override QOCS, but only up to the level of damages recovered by the claimant;

v. QOCS protection would apply in relation to claims that are discontinued during proceedings (subject to iii (a) above); and

vi. QOCS protection would be allowed for all appeal proceedings as the requirement for permission to appeal controls unmeritorious appeals.

The sanctions under Part 36 are to be reformulated on the following basis (unless there are good reasons not to be applied):

i. There is to be an additional amount to be paid by a defendant who does not accept a claimant’s offer to settle where the Court gives judgment for the claimant that is at least as advantageous as an offer the claimant made to settle. This additional sanction is to be calculated as 10% of damages where damages are in issue, and 10% of costs for non-damages claims.

ii. In mixed (damages and non-damages) claims, the sanction will be calculated as 10% of the damages element of the claim.

iii. However, the sanction under these provisions is to be subject to a tapering system for claims over £500,000 so that the maximum sanction is likely to be £75,000.

iv. There would only be one sanction applicable for split trials.

The Ministerial Statement confirms that the new rule on proportionality has been agreed by the Civil Procedure Rules Committee (CPRC), and the test is intended to control the costs of activity that is clearly disproportionate to the value, complexity and importance of the claim. The senior judiciary are considering revisions to the Costs Practice Direction to give effect to the new rule. Changes to the CPR will be considered by the CPRC in the Autumn, in order for the necessary changes to come into effect for April 2013.

The hijacking of a straightforward approval hearing by the Court of Appeal to announce a 10% increase in general damages as of 1 April 2013 has been widely reported and thoroughly critiqued.  To the surprise of almost everyone, a matter which would normally have been dealt with by a single Lord Justice on the papers saw the Lord Chief Justice, the Master of the Rolls and the Vice-President take to the bench to announce implementation of one of the key Jackson recommendations not put into effect by the legislature. The Court decided that the increase shall apply in most tort actions.  Initially, it was also decided that  the uplift would apply to all cases where judgment is given after 1 April 2013, regardless of whether or not the matter is being conducted under a CFA and irrespective of when any CFA was entered. Defendants were thus faced with the double whammy of the 10% uplift on general damages plus, on those cases where the CFA was entered into before 1 April 2013 but Judgment is given after that date, also having to pay the CFA success fee. It was little surprise, therefore, when shortly after Judgment was handed down, it was announced that the Association of British Insurers had applied to be joined as a party and the Court of Appeal announced that it would be re-opening its decision. The Court of Appeal has very recently confirmed that the uplift will not apply to cases where a CFA was entered into before 1 April 2013, to avoid such a windfall to Claimants.

Where are we now?

Like it or not, from 1 April 2013 we will all be faced with a drastically different landscape which we need to get used to and start thinking about now. Many commentators have called this a “generational change” and drawn parallels between what is happening now and the Woolf reforms of the late 1990s. No one can know for sure how things will turn out, but it is now reasonably predictable that:

In spite of Rupert Jackson’s heroic efforts, we are at a most delicate stage at the moment. Sir Rupert clearly saw his recommendations as a complete package which ought to be implemented in toto. The danger is that if any aspect of his recommendations is diluted, discarded or not put into effect in the way he envisaged then the delicate balancing exercise of reducing civil litigation costs, maintaining access to justice and achieving equity between claimants and defendant is likely to be upset. 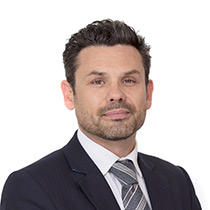