In early 2010 a new risk management initiative was introduced by the NHSLA to ensure that organisations are learning from their own claims and that the knowledge gained is shared.  The objective was to reduce the number and severity of incidents giving rise to claims in the NHS.  The Annual Review covering 2010/11 was published in March 2012.

Whilst it appears that much fewer SRMRCs were produced in 2010-11 than claims notified to the NHSLA, it must be remembered that not all claims notified would have a relevant incident date, or reach the stage of panel solicitors being instructed or expert reports being obtained.  However, it is important that SRMRCs are produced on all relevant cases. It is up to the individual Trust to action the points identified in the reports.  The Review suggests that some organisations are not fully appreciating the use/benefit of these reports and the risk management issues contained within them.

For these reports to provide meaningful benefit to the organisation, it is important that where claims and risks teams work separately, good communication links exist and information is being shared with the appropriate people.

The review indicates that systems should be in place to monitor the implementation of all actions taken in response to incidents, complaints and claims, including the SRMRC, otherwise they may not be completed.  It is important that NHS bodies commit sufficient resources to permit this to happen.  Enhanced follow up for evidence of the reports being actioned may assist with this.

The NHSLA considers the initiative to be an integral part of risk management and, in order to encourage more reports being produced, they have recently produced a new form to make the provision, collection, quality and analysis of data more efficient and effective.  The aim going forward is to ensure that the report is only produced when liability investigations have been completed.

The NHSLA also intends to increase the focus on individual follow-up of organisations throughout the year, rather than via an annual review.  This is likely to place pressure for improvement on those organisations that consistently have more reports produced for them and where the same cause code crops up frequently. 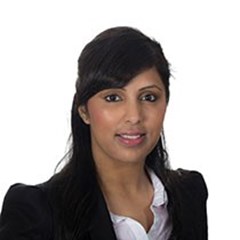 I am a clinical negligence lawyer with particular experience of...