The second Commencement Order for the Health and Social Care Act 2012 has now been published, bringing a number of key provisions into force on 1 October 2012.  Foundation Trusts and Aspirant Trusts will need to amend their constitutional and governance arrangements to reflect the changes summarised below.

All Boards of Governors will be known as Councils of Governors, to distinguish between an FT’s different bodies for its directors and governors. FTs will still be able to refer to their governors’ body by an alternative name in their Constitutions, provided that the Constitution confirms that, whatever the body is known as, it is the Council of Governors referred to in the NHS Act 2006.

The Act specifies the initial arrangements for FT accounts, amending the existing provisions in paragraphs 24 and 25 of Schedule 7 to the NHS Act under which Monitor has a power to direct FTs on form, content and other matters relating to FT accounts.

Monitor will be required to seek the approval of the Secretary of State, rather than HM Treasury, on FT accounting matters. The rationale for this change is to ensure that the accounting directions issued by Monitor are in line with the accounting framework that the Department of Health must follow in preparing its accounts, set out by HM Treasury in its Financial Reporting and Accounting Manual.

FTs are moving within the DH’s accounting boundary under the cross-Government ‘clear line of sight’ initiative. Therefore, FT accounts will, in future, need to be produced to the same standards and timescales as those of the DH and other organisations within the DH umbrella. FT accounts will also continue to be consistent with HM Treasury accounting guidance.

The 2012 Act empowers Monitor to direct FTs to produce accounts for periods other than a financial year, such as in-year accounts that may be required by the DH or other Government bodies.  Monitor can also ensure that accounts are produced on a timely basis, early enough to be consolidated into the Department’s resource account to meet wider Government reporting deadlines.

The provisions repealing the controversial Private Patient Income Cap will also come into force on 1 October 2012.

FTs must explain in their annual reports the impact that their non-NHS income has had on their NHS service provision. Directors have a duty to set out their proposals to earn non-NHS income in the FT’s Forward Plan and the income they expect to receive from those activities. Governors must consider the Forward Plan and satisfy themselves that any proposal to increase non-NHS income would not significantly interfere with the FT’s fulfilment of its principal purpose or the performance of its other functions.

Any proposal to increase the proportion of total income earned from non-NHS work by 5% or more in any financial year requires agreement by more than half of the members of the Council of Governors.

The 2012 Act gives the Secretary of State new regulation-making powers to alter the associated voting arrangements for directors, governors and members of FTs provided for in the Act. The power ensures that new voting arrangements for FTs can be modified in light of how they work in practice. Existing voting provisions unaffected by the Act, such as the majority of governors required to remove a non-executive director, are beyond the scope of this power. Under this section, the Secretary of State could, for example, change the size of a majority required for approving mergers or for making changes to the constitution of an FT.

What does this mean for your FT Constitution?

The reforms mean that all FTs and Aspirant Trusts will need to review and revise their Constitutions and wider governance documents to ensure that these are consistent with the changes.  When amending the Constitution, there will be knock on effects for the FT's other documents, including:

Monitor has included an update about the commencement order in its July FT Bulletin and will provide a further update on the changes to the terms of authorisation and constitutions that will be required as a result of these amendments as well as the process for managing this in its August FT Bulletin. Monitor has requested that FTs do not submit requests for approval of constitutional amendments in relation to these changes until after the publication of its further update in August.

We have looked beyond the Act to the post-reform landscape, which is changing to one where FTs not only want to exploit their commercial freedoms, but are equally aware of their need to protect and develop brand reputation whilst managing risk and developing business potential.

Our commercial team has extensive experience in advising FTs on constitutional and governance issues as well as commercial and corporate matters.  We would be happy to assist you with understanding the Act’s reforms and the implications it will have for your organisation. We can also assist you with reviewing and revising your Constitution and wider governance documents.

We can also provide training and development support for Boards of Directors and Councils of Governors to help prepare for the new regulatory, compliance and governance landscapes. 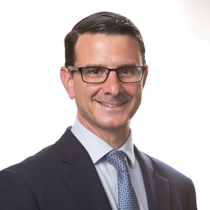