The Growth and Infrastructure Bill, issued on 18th October, implements a number of the measures announced by the Government in September as part of its major planning and housing package.  The Government says the Bill will help the country compete on the global stage by cutting red tape which, it claims, is delaying new infrastructure and job creation, and discouraging business investment.

The jury is out as to whether the Bill will achieve its objectives as the planning system is not the only obstacle to delivery and a lack of available finance to developers and homeowners are often contributory factors to stalled developments.  The headline measures include:

This article will look in greater detail at the first three measures that are intended to assist with bringing developments forward and that are giving rise to industry comment.

The Bill includes provisions to allow planning applications to be made directly to the Secretary of State rather than to the LPA, if the LPA has been designated as under-performing. The Government will consult on the criteria that will be used for judging the LPA’s performance but there is a real concern about how their performance will be measured and the fact that decision making will be taken away at the local level.

The RTPI has commented, that there are many factors that influence a Council’s performance and “is keen to see that if any Council is judged to be underperforming, yet to be defined by Government, that targeted and appropriate support enables a return decision-making to local democratic control as quickly as possible”. The Local Government Association’s view is that LPA’s are approving planning applications at a faster rate than ever and that the obstacles preventing new houses being built arise from the fact that developers cannot borrow to build and first-time buyers cannot get mortgages.

The Bill further widens the scope for renegotiating affordable housing requirements contained within Section 106 Agreements. Currently, developers have to wait 5 years before making a formal application to vary a Section 106 Agreement, if an agreement cannot be reached on an informal basis.  The draft legislation introduces the ability for developers to make an application to a local authority to modify, replace or remove affordable housing requirements that render the development not economically viable. The DCLG said that this will deliver more housing by helping to unlock "some of the 75,000 homes already with planning permission that are currently stalled due to lack of commercial viability".

These measures may increase the supply of market housing but there is a concern that the supply of affordable housing will be reduced. Many Registered Providers of social housing rely on Section 106 schemes to increase housing stock and these measures are likely to directly impact on numbers of units being offered to providers. A concern has also been raised that some developers may stall developments further whilst they wait for the legislation to be introduced that would reduce the affordable housing requirements of development, and this will slowdown the delivery of housing further. The LGA has expressed a view that allowing developers to renege on promises to provide much-needed affordable homes will undermine communities' confidence in the planning system and make them less likely to accept development in future.

Currently a piece of land which has been used for recreational purposes for the preceding 20 years can be registered as a Town Green, regardless of whether a planning application has been submitted or a planning permission granted. Once land has been registered as a Town Green, local residents have a right to use that land for recreational purposes. It is an offence for a landowner to willfully do anything that will interrupt the public's use of enjoyment of it.

The Bill contains provisions which will prevent Town Green applications from being lodged where an application for planning permission has been made or granted, and when land has been allocated for development by the local authority as part of a Local or Neighbourhood Plan. The change will also apply where a draft of a relevant plan has been published. These provisions have met industry approval as Town Green applications have been used as a tool to scupper or delay development, even after planning permission has been granted.

Although many of the provisions in the Bill, such as the changes to Town Green legislation, have been welcomed, there are concerns around the delivery of affordable housing from Section 106 schemes and the fact that decision making powers could be directed away from LPA’s. If delivery is improved this can only be good for the economy but it is questionable whether further tinkering with the planning system will achieve all of the Government’s objectives and the continuing lack of finance in the development industry also needs to be addressed. It is anticipated that the Bill will be fast tracked through Parliament and that its provisions should come into force next summer.  We will provide a further update once the legislation comes into force. 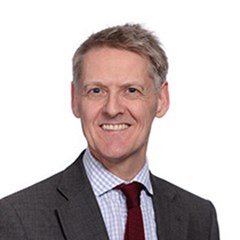