Having the right procedures in place to deal with the management of patients (and in some cases their relatives) who are abusive, aggressive or threatening is more important than ever. Assaults on NHS staff for 2009/2010 amounted to 56,718 (1). This is clearly of huge concern both from the perspective of those individual staff members personally attacked whilst carrying out their jobs, but also in terms of the time and money which is being diverted from the delivery of healthcare.

From railway operators to housing associations, the term "zero tolerance" is often used to describe the approach to be taken with those who are violent or aggressive to staff. However, coming up with the appropriate response to deal with aggressive patients can be difficult for NHS providers, in light of the fact that zero tolerance can mean a withdrawal of treatment and in some cases, the behaviour itself can be the result of a clinical condition which they are trying to treat.

In October 2011 the Health Service Ombudsman published a report: Listening and Learning: the Ombudsman’s complaint handling by the NHS in 2010-2011. The report highlighted the growing number of complaints arising from decisions by GPs to remove patients from their practice lists. Of all complaints received about GPs from the Ombudsman, 21% related to patient removals, a rise of 6% the previous year. The appropriate way in which to deal with patients who display aggressive behaviour is of course not limited to GP practices. There is also concern that at times GP’s seek to remove patients from their lists when in fact those individuals are vulnerable adults. They may not have in fact met the appropriate thresholds and there has not been an escalation plan or multi- agency working to manage the adult who may be demonstrating challenging behaviours for a variety of reasons, some medical. There is a real variance of the use of the Violent Patient Scheme across the regions. There are also some misunderstandings, for instance that the whole family including the children must go on the scheme if an adult of the family is placed on that scheme.

NHS bodies should already have systems in place for reporting, investigating, and managing violence against staff. These policies should incorporate appropriate escalation policies, processes for reviewing decisions taken and complaints policies. The policies should incorporate relevant guidance, such as that issued by the NHS Security Management Service (SMS), who are responsible for tackling violence against NHS staff. They have issued guidance on placing a violent patient indicator on the electronic records of those who have previously assaulted NHS staff (2). This alerts staff to the possibility of violence in the future so that precautions can be taken.

One of the benefits of the marker scheme is the sharing of information. Individuals can often go to different providers of NHS Care and the marker scheme allows information to be shared, including with those who don’t have access to the electronic marker scheme. There is specific guidance on the way in which the decision making process for placing a marker should be dealt with, including a process for reviewing the decision so that the process can be objective and transparent. This is important because, as the report from the Ombudsman shows, there are likely to be complaints by individuals about the use of the marker scheme. It is also important to ensure that on seeing a marker, staff know what they should do.

The position becomes more complicated when a patient’s aggressive behaviour may be linked to their clinical condition, medication or treatment.  There may still be options for action to be taken in respect of their violent behaviour, but if they lack the capacity to understand their actions then this will be more difficult.  It is important to ensure that a mental capacity assessment is carried out in relation to violence and aggression. Training on issues such as early intervention, the appropriate use of restraint and physical interventions will also be key.  In the case of mental disorder reference should be made to the Code of Practice for the Mental Health Act 1983. This sets out guidance on the assessment, identification and management of violent behaviour.

Also, consideration should be given to proportionate management of the patient. Can arrangements such as therapeutic contracts be of help?  In some cases decisions around the management of aggressive behaviour need to be multi-agency based to best understand the reasons behind the patient’s behaviour and that the response and actions required to manage this are proportionate in all the circumstances. This will hopefully avoid patients, who may be vulnerable, being subject to draconian measures.

When NHS providers say they have a zero tolerance approach to abuse of staff, the reality is more complex. This is because the sanctions as well as criminal prosecutions and injunctions, can include hospital exclusions and withdrawal of treatment. The way in which policies and procedures are implemented are important; not just to avoid complaints and further problems by patients who are unhappy with the way in which these matters are handled, but also to ensure the most effective methods are used to try to halt the unacceptable levels of assaults against staff. 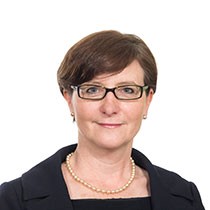