James Gutteridge reports on an EAT decision which looked at whether the Acas Code applies to dismissals for ‘some other substantial reason’, where the working relationship had broken down between the parties.

Since the entirely unlamented demise of the Statutory Disciplinary and Grievance Procedures back in 2009, employers have been required to follow the Acas Code of Practice (‘the Code’) when dismissing for misconduct or capability.  The Code explicitly states that it does not apply to redundancy dismissals or to the expiry of fixed term contracts; but it is silent as to whether it applies to dismissals for ‘some other substantial reason’ (SOSR), under section 98(2) of the Employment Rights Act 1996.  This is the residual ‘catch-all’ potentially fair reason for dismissal, and is often used in circumstances where an employer wants to dismiss because working relationships have broken down.

When an Employment Tribunal makes a finding of unfair dismissal and then turns to consider the Claimant’s compensation, it must decide

In a 2010 case called Cummings v Siemens Communications Limited an employment tribunal took the view that the Code did apply to SOSR dismissals – but, as a first instance decision, it was not binding.

The question of whether a dismissal because working relationships had broken down was a SOSR or misconduct matter was considered in 2011 by the EAT in Ezsias v North Glamorgan NHS Trust .  In that case, the EAT said that the dismissal was a SOSR – please click here for a summary.

This month, in Lund v St Edmunds School, Canterbury , a decision of the Employment Appeal Tribunal has, on one hand, provided a little more light on the question of whether SOSR dismissals fall under the Code but, on the other hand, may have muddied the waters further.

The Claimant, Mr Lund, worked for St Edmunds School (‘the School’) as a Graphic Design teacher.  A conflict between Mr Lund and the school arose because of Mr Lund’s apparent frustration with the computer equipment with which he had been provided.  Mr Lund dismantled the system, and also refused to allow a consultant, who had been engaged to report on his teaching, to observe his class.  Mr Lund was then away from work, initially due to stress and then because he was suspended by the School.  The School then asked Mr Lund to attend a meeting, at which he was handed a letter notifying him of his summary dismissal.  The letter referred to the School’s concerns about what they described as Mr Lund’s “erratic and sometimes irresponsible” behaviour, and his attitude towards colleagues which they characterised as “difficult and unhelpful”.  The School concluded the letter by informing Mr Lund that his employment was terminated with immediate effect because “the trust and confidence essential to an employment relationship has broken down.”

Mr Lund succeeded in claims of unfair dismissal and wrongful dismissal.  The tribunal found that the dismissal was both procedurally and substantively unfair.  The award of compensation was reduced because the tribunal felt that Mr Lund had contributed to his own dismissal because of his intransigent attitude, with contributory fault being assessed at 65%.  No uplift was made, pursuant to the Acas Code because

Mr Lund appealed against the tribunal’s decision on the award of compensation.

The Employment Appeal Tribunal (EAT) said that Mr Lund’s behaviour was not relevant to whether the Acas Code applied to his dismissal and, consequently, whether the uplift should not be applied to his compensation.  The EAT noted that the uplift is intended to penalise employers for failing to comply with the Code, and that Mr Lund had done nothing to contribute to the School’s failure in that regard.  Moreover, his compensation had already been reduced by 65% because of his behaviour, so to deny him the uplift as well would amount to “impermissible double accounting”.

The EAT then went on to look at whether the Code applied to Mr Lund’s SOSR dismissal.   The EAT said that the Code did apply.

In Mr Lund’s case, the process by which he was dismissed was covered by the Code because the tribunal had found that the School had a disciplinary process in mind when it instigated the process that eventually lead to Mr Lund’s dismissal.  Ultimately, Mr Lund was dismissed for ‘some other substantial reason’, which was a non-disciplinary reason – but the EAT said that this is to “look through the wrong end of the telescope”.  On the tribunal’s understanding of the factual circumstances, the Code applied to the process which resulted in Mr Lund’s dismissal because the disciplinary procedure was the mechanism which the School had used to decide whether Mr Lund should continue in the School’s employment.

So, once Mr Lund’s conduct had been called into question and, crucially, that it was thought this his conduct might lead to his dismissal, the School should have invoked the disciplinary procedure, notwithstanding that the School ultimately decided to dismiss for a non-disciplinary reason.

This is why Mr Lund’s case was decided differently from the Ezsias decision outlined above, despite their similar facts.  In Ezsias, it was found that the Trust never contemplated dismissing Mr Ezsias because of his conduct.  The Trust dismissed because of the breakdown in Mr Ezsias’ working relationships with his colleagues; conduct was the cause of the breakdown in working relationships, but not the reason for the dismissal.

This leaves us with a somewhat complicated, and potentially confusing, result.  The EAT has not gone as far as saying, categorically, that all SOSR dismissals are covered by the Acas Code.  The decision appears to say that the Code is invoked as soon as misconduct is considered by the employer, regardless of whether misconduct is ultimately the reason for the dismissal.  Presumably, the same reasoning would apply to capability dismissals, as these are also covered by the Code.

A curious aspect of this case is that the EAT’s decision means that the Code applies not only where the employer has invoked disciplinary proceedings, but also when they ‘ought’ to have done so.  This will involve employment tribunals undertaking a speculative exercise over what an employer ought to have done, as well as what they did do.

As Alice in Wonderland famously said: “curiouser, and curiouser…” 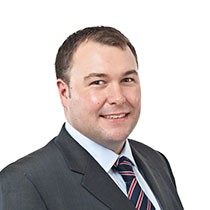