Ever since the Government indicated that it was committed to improving energy efficiency and reducing fuel poverty through the Green Deal initiative, sections of the media and other commentators have lined up to highlight aspects of the Green Deal which they do not believe will work or deliver the expected benefits.  So who is right?  Is Green Deal the real deal?  Is it even the right deal?

A variety of issues have been flagged by a series of commentators.  These include:

Clearly, if this was the complete picture, the prospects for Green Deal would look quite bleak.  It is, however, important that elements of Green Deal are not viewed in isolation.  The Energy Company Obligation (ECO) is a fundamental part of Green Deal and is recognised as central to its success.  If you were simply relying on recent news reports, you may not know that this has been available for a few weeks and that some local authorities and registered providers have already engaged directly with energy companies to secure much needed ECO for their properties.

Further, recent reports have not clarified that, under certain circumstances, ECO will fund 100% of the costs of the Green Deal Plan (for example where the occupier is in receipt of certain benefits).  TGDFC is, therefore, an important source of finance for Green Deal.  It is not, however, the only way to finance much needed energy efficiency works to target properties and with energy prices predicted to rise sharply over the short to medium term, the case for energy efficiency measures appears compelling.

ECO is, therefore, a ‘game changer’ for energy efficiency regardless of social status and whether in rural or urban areas and it can benefit different property types.  Further, because the six largest energy companies have ECO targets to meet (or face a fine of 10% of their global turnover should they fail to do so) ECO offers an immediate route to deliver energy efficiency measures.  There are, therefore, a number of key benefits that a Green Deal can deliver to occupiers, property owners, local authorities and registered providers including:

So there are positives associated with Green Deal but are they just ‘theoretical’?

It is not just the nuts and bolts of Green Deal that are being delivered – the assessments and the commitment to Green Deal Plans.  CESL and Birmingham City Council are, in partnership, already delivering tangible added social value.  Local assessors and installers have been appointed to CESL’s supply chain.  A number of local new starters have already been appointed by CESL and pre-employment training is being rolled out in Birmingham.  Economic opportunities are being delivered.  Lives are being changed for the better.

Whether Green Deal is the right deal for a local authority and its citizens or a registered provider and its tenants will depend on a number of factors including the:

The nature and the level of criticism aimed at the Green Deal initiative has often been over the top and, to an extent, this is unsurprising given the scale of the problem Britain faces and the ambitious nature of the Government’s approach.

For local authorities and registered providers looking at delivering Green Deal to their areas and/or properties, care needs to be taken to identify the role they want to play in delivery, the outcomes they wish to achieve and the added value they can bring to the table as partnership works best as a two way street.  DECC has identified potential roles as provider (which we consider unlikely), partner or promoter.  We have undertaken detailed options appraisals for clients to identify how they may best take advantage of the opportunities Green Deal can give rise to and our team would be happy to talk through your options with you.

Birmingham City Council’s approach may not be the solution for all procuring authorities.  Nevertheless, the innovative approach they have adopted clearly sign posts what is possible for a sophisticated procuring authority with senior support and clear objectives.  Birmingham is already reaping the benefits of Green Deal.  Can you afford not to?

Over the coming weeks, we will issue series of updates and articles on our website addressing: 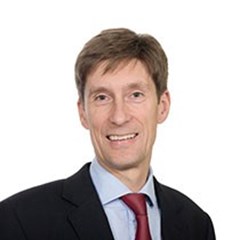