In a follow-up to our recent alert on the report of the Mid Staffordshire NHS Foundation Trust Inquiry, Julian Hoskins discusses the practical impact of the report on workforce issues, in a Q&A with Carlton Sadler - the Bevan Brittan Senior Associate who led the team advising one of the core participants in the Inquiry, the Care Quality Commission.

The publication of the Mid Staffordshire Inquiry report on 6 February 2013 heralded the conclusion of possibly the largest ever public inquiry into the regulation of healthcare in this country - and its conclusions and recommendations are relevant for all those dealing with workforce issues in the health and social care sector.

What was the Mid Staffordshire FT Public Inquiry investigating?

Following the Healthcare Commission’s investigation which had first identified appalling standards of care in certain parts of Stafford Hospital, Robert Francis QC carried out his first inquiry, which reported in 2010, focussing on events at the Trust.  The purpose of this latest Inquiry, however, was to examine how those events went undetected for so long, looking at the conduct of not just those within the Trust but the full range of patient involvement, commissioning, oversight and regulatory bodies interacting with the Trust.  The aim is to identify lessons for all these players in the system to ensure failing hospitals are identified much sooner.

What was your role in the Mid Staffordshire Inquiry?

I was instructed to act for the Care Quality Commission, who appeared as one of the core participants in the Inquiry.  My role was to assist with the preparation of evidence for the Inquiry i.e. prepare witness statements, assist in the drafting of opening and closing submissions, review and advise on the evidence of other witnesses, attend the oral hearings, and to attend and support our client around the publication of the report on 6 February 2013.

What were the key findings of the Inquiry in respect of workforce matters?

Workforce concerns were a key theme in the Inquiry and permeated many aspects of the report.

Key findings were that:

What were the key recommendations of the Inquiry in respect of workforce matters?

This is difficult to summarise, given the importance of workforce concerns in the Inquiry, but I’ll try to get this down to some bullet points:

What practical steps should those working in healthcare HR take now that the report has been published?

All healthcare organisations – whether in the NHS or otherwise, and whether in the public or private sector, will need to enter into a period of reflection on the Inquiry’s findings and absorb Robert Francis’ recommendations. This will take some time – the report runs to over 1500 pages and contains some 290 recommendations.  It remains to be seen which of the report’s recommendations the Government will endorse and this will not be announced until early March 2013.

However, while some of the recommendations (for example the proposed statutory duty of candour) will require government support and legislation to take effect, there are many recommendations addressed directly to healthcare organisations themselves, in relation to their systems, policies and procedures. Implementation is therefore a task for all organisations to consider and Robert Francis was very clear in his report that this not a time for those working in healthcare management to sit on their hands until they are told what they should be doing.

If you would like any help or guidance on the matters set out above, or have any further questions in relation to the workforce aspects of the Robert Francis report, please do contact Julian Hoskins at Bevan Brittan LLP.

To assist with understanding and implementation of the Robert Francis Report, we are running a series of seminars at our offices in Bristol, Birmingham and London – these are now fully booked but please do check our events page on our website for details of any forthcoming events on this topic.

View the alert on the Mid Staffordshire NHS Inquiry and the workforce aspects of the Inquiry report from 6 February 2013. 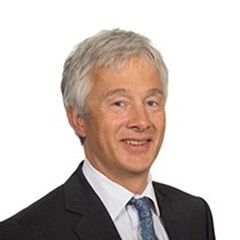 This event is in partnership with DTP