Anne Palmer provides us with a summary of what has been happening in the ever-changing world of TUPE in September.  This includes a review of the long-awaited Government Response to the TUPE Consultation, which was originally launched in January 2013, and a summary of a recent EAT decision dealing with service provision changes and the meaning of an "organised grouping of employees".

Government response to its consultation over TUPE

You may remember that in our Employment Eye News round-up back in January 2013 we summarised the key changes to TUPE which were being consulted on.  On 5 September 2013 the Government published its response to the consultation with BIS confirming that the changes are likely to come into force in January 2014 (which, as many of you may remember, is a littler later than the original estimate of October 2013).

A summary of the key outcomes of the consultation is set out below.

The Government proposes to lay draft regulations before Parliament in December 2013, with a suggestion that the changes will take effect in January 2014, although this has not been confirmed.  We will keep you posted.

Service Provision Changeovers – can a single employee be an "organised grouping"?

In Rynda v Rhijnsburger the Employment Appeal Tribunal (EAT) considered whether there had been a service provision change and transfer under Regulation 3 of the Transfer of Undertakings (Protection of Employment) Regulations 2006 (TUPE).  The EAT upheld the Employment Tribunal's decision that a single employee could be an organised grouping of employees with the "principal purpose" of carrying out the activities being transferred and that the employee concerned (the Claimant) had been "assigned" to that group for the purpose of TUPE.

The case arose because the Claimant could only have sufficient continuity of employment to pursue an unfair dismissal claim she had brought against Rynda if she could establish a TUPE transfer from her former employers to Rynda.

When considering the question of whether there was an organised grouping of employees with the "principal purpose" of carrying out the activities concerned, the Tribunal had focused on the stage immediately prior to the alleged transfer to Rynda.  The EAT supported this approach.  The relevant activity in this case was the management of a particular property portfolio.  The Employment Judge found that there was a group with the principal purpose of carrying out that activity which was made up of the Claimant alone.

When considering the application of the relevant TUPE provisions, the EAT agreed with the Employment Tribunal Judge and held that the Claimant had been "assigned" to the group, citing the decisions in both Seawell Ltd v Ceva Freight UK Ltd (which we reported on back in May 2012 ) and Eddie Stobart Ltd v Moreman (which we reported on back in March 2012).  The EAT held that this was not a matter of "happenstance" but rather the outcome of the employer's conscious decision that the Claimant was to work exclusively on this property portfolio.  The EAT found that this was done "exclusively", both in the sense that from March 2010 she was the only company employee managing that property portfolio and that it was to be the sole focus of her work.

The EAT therefore dismissed the appeal by Rynda and upheld the Tribunal's findings that there was a relevant transfer of the Claimant's contract of employment to Rynda in January 2011.

This case provides welcome guidance regarding the application of the service provision change regulations of TUPE: we know that

The points outlined above are especially pertinent in light of the fact that the consultation response on the future of TUPE has confirmed (contrary to previous reports) the new TUPE Regulations will apply to 'service provision changes'. 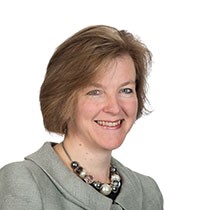