Although enthusiasm for New Year's resolutions may be now be waning, those who chose to give up smoking in 2014 are increasingly likely to be shoring up their resolve – or even replacing their habit - with the use of 'e-cigarettes'.  It is reported that over a million people are using them in the UK and anecdotal evidence suggests that they are starting to make an appearance in the workplace.  Last month, the Government announced that it will introduce a ban on the sale of e-cigarettes to children and further regulation is expected. How should employers respond to this change in public habits? asks Jodie Sinclair.

An 'e-cigarette' is a means of delivering a nicotine 'hit' by way of a vapour that is free of the damaging chemicals in cigarette smoke, such as tar.  The 'cigarettes' contain liquids which are heated to create an inhaled mist, which resembles smoke. The health effects are thought to be minimal as nicotine is currently considered a relatively harmless drug, somewhat akin to caffeine.  The fact that it is a vapour that is inhaled instead of smoke, has resulted in the use of e-cigarettes becoming known as 'vaping'.

At present, there is no specific regulatory framework around e-cigarettes; they are only regulated as normal consumer goods - for example, the battery must meet safety standards.  But, as stated above, the Government intends to restrict their sale to children and it is expected that, by 2016, e-cigarettes will be regulated as form of 'medicine', similarly to nicotine gum and patches.

A proposal for a blanket ban on the sale of e-cigarettes across the EU has been rejected by MEPs, but limits will be placed on the amount of nicotine they contain, and individual EU member states will be able to introduce a national ban if they see fit.

As e-cigarettes vaporise a mist and do not contain a combustible material that is 'lit' or smoked, they almost certainly do not fall within the ambit of the smoking ban which was introduced in 2007 under the Health Act 2006. The British Medical Association has, however, called for the smoking ban to encompass e-cigarettes.

Acas has produced a short guidance note called 'how should employers deal with e-cigarettes in the workplace?'. The guidance has no statutory effect but suggests, in summary, that

The guidance does not, however, indicate how employers should tackle these issues.

Should e-cigarettes be treated in the same way as conventional cigarettes?

Some employers may take the view that e-cigarettes are relatively harmless and, therefore, an e-cigarette break should be treated like a 'caffeine break' and allowed in the workplace.

It does, however, seem likely that the majority of employers will be reluctant to allow 'vaping' and may be concerned about the following points.

Whether or not you decide to allow the use of e-cigarettes at work, your starting point should be a well drafted policy, which is clearly communicated and implemented in consultation with employees.

If you intend allow employees to 'vape' at work, you will need to consider the following.

If you are going to impose a total ban on vaping at work, you will need to

If you are in any doubt about any of these issues, it would be sensible to seek specialist advice. Jodie Sinclair or another member of the Bevan Brittan Employment team would be happy to help in this regard. 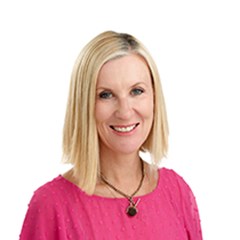