What is the existing NHS contractual duty of candour?

Robert Francis QC made a series of recommendations concerning openness, transparency and candour.

In response, the Government has, to date, introduced the NHS Commissioning Board and Clinical Commissioning Groups (Responsibilities and Standing Rules) Regulations 2012 (SI 2012/2996).  Regulations 16 to 18 required the duty of candour to take effect in contractual form from 1 April 2013 by way of being included in the NHS Standard Contract 2013/14, and is mirrored in the subsequent 2014/15 contract.

The NHS Standard Contract is used by all organisations commissioning NHS healthcare services, although this is subject to various exceptions.  Where used, the contract requires all NHS and non NHS Providers of services to patients to comply with the duty of candour.  The contractual duty of candour appears in Specific Condition 35 and operates on the following basis:

If a complaint is received from (a) a Relevant Person, (b) a commissioner, (c) Local Healthwatch or (d) any healthcare professional involved in the care of the Service User, and makes reference to a failure to disclose a reportable patient safety incident, the P

provider must notify the commissioner in writing providing full details of the complaint.

Failure to comply with Specific Condition 35

In these circumstances the commissioner may:

As the NHS "Being Open" guidance also continues to apply to the communication of patient safety incidents, a lot of issues are open to interpretation.

It is anticipated that costs related to increased clinical negligence claims generated by increased awareness of patient safety incidents may be inevitable.  Certainly if an organisation governed by the NHS Standard Contract in its service provision feels that the incident is such that it triggers the contractual duty of candour, then the above steps should be taken.  Beyond this, there is yet no additional statutory duty or obligation.

However, there is a difficult balance to be struck between saying sorry and providing an offer of an explanation, for example by way of a meeting to discuss investigation findings; and potentially going beyond factual issues as to what happened by subsequently admitting liability without good reason.  That difficult balance remains, and will be explored further in an article in our Summer edition. 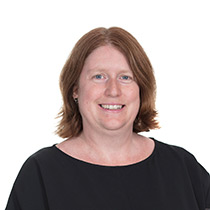