Since some provisions in the Anti-Social Behaviour Crime and Policing Act 2014 (the Act) came into force in October 2014, housing practitioners have been waiting to see how the Act will work in practice. This note looks at the use of closure orders since the Act came into force.

The Act gives the Police and Local Authorities the power to issue a closure notice which can last for up to 48hours before applying to the Magistrates Court to obtain a closure order. The 'closure notice' and 'closure order' work in similar ways as they can both exclude specified persons from a property and may specify those who are allowed to access the property during the period of the notice or order (which can include a person who habitually lives at the property).

There are two main differences between the closure notice and the closure order. The first relates to the maximum duration they can stay in place. A closure notice can only stay in place for a maximum of 48 hours whilst a closure order can stay in place for up to 3 months on the initial application with the possibility of seeking extension to 6 months. The second difference relates to the effect each has on the new absolute ground for possession under Ground 7A of Schedule 2 to the Housing Act 1988. The closure notice alone cannot trigger this absolute ground for possession. A closure order will need to be obtained and access to the property prohibited for a continuous period of more than 48 hours in order to take advantage of the new absolute ground for seeking possession under the Act. This is a key advantage of utilising closure notices and orders in a residential setting.

The process of issuing closure notices and obtaining closure orders is relatively short and can be done within a week to prohibit access to a property. Possession proceedings can then be commenced and concluded during the period whilst the closure order is in place.

Whilst closure orders were in existence before the Act, the new legislation has prompted an upsurge in their use as a housing management tool. This type of order has already been utilised by a number of Local Authorities with impressive effect. There have been several recent cases where Local Authorities and the Police have obtained closure orders against properties to address nuisance, disorder or anti-social behaviour. Some noteworthy cases where these powers have been successfully used are set out below:

Closure notices and orders are being used to tackle anti-social and criminal behaviour head on. Orders can be obtained quickly and effectively and where they concern residential property, the powers open a potential door to a landlord also obtaining possession of the property under the new absolute possession grounds introduced by the Act.

The recent cases highlighted above demonstrate the importance for social landlords of maintaining close working relationships with Police, Local Authorities and other key support agencies, as their support will ultimately improve the prospect of robust orders being made. Good evidence to support the necessary application is also essential to make sure that orders can be made quickly, which in an urgent case can result in a property being closed within a matter of hours.

Members of our Property and Housing Management team are experienced in advising Housing Associations and Local Authorities on how best to utilise the legal tools available to deal with anti-social behaviour and nuisance in local communities in a way that enhances management of their housing stock. We take a robust approach in the most severe cases and encourage police involvement in tackling anti-social behaviour. We are currently advising our clients on updating their tenancy agreements to include the new legal tools introduced by the Act and how to use them. 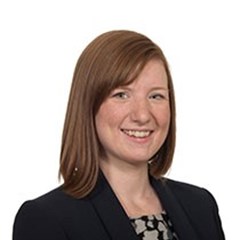 I am a housing management lawyer and a member of...

This event is in partnership with DTP