On 23 July 2015 Cheshire West and Chester Council was granted an interim injunction to prevent a local man, Mr Pickthall, from publishing allegations and abusive remarks about the Council's employees, officers and Councillors (Cheshire West and Chester Council v Pickthall [2015] EWHC 2141 (QB)). The case is another useful example of the court's approach to what amounts to harassment in the context of communications with, and criticism of, local authority members and staff.

Between 2010 and 2014 Mr Pickthall sent approximately 3,600 emails to the Council and published on his website allegations of corruption and fraud concerning councillors, officers and other council employees.

Mr Pickthall was investigating the conveyancing history of land near his home. He asked the Council for information regarding the ownership of the land (under the Freedom of Information Act 2000).  The initial request was followed by a further five similar requests.

In September 2012, the Council put in place measures that meant that any email sent to the Council by Mr Pickthall was diverted to a designated inbox. He alleged that the diversion of his emails was an unlawful interception of his communications and that individuals at the Council were fraudulent, corrupt and dishonest. His allegations were posted on his website and published in leaflets which he distributed locally.

Application to the court

Mr Pickthall did not deny that his conduct might amount to harassment (even if Mr Pickthall had disputed this, the judge commented that the claimants would be likely to establish at trial that his conduct was harassing). However, Mr Pickthall resisted the application on the basis that that he had a defence to the harassment claim because he had pursued his course of conduct for the purpose of preventing or detecting crime or that his actions were otherwise reasonable. On that point, Mr Pickthall referred to the Supreme Court's judgment in Hayes v Willoughby [2013] 1 WLR 935 in which Lord Sumption JSC found that, when considering  whether a claim for harassment can be defended on the basis that the perpetrator was pursing or detecting crime, a 'test of rationality' should be applied. The test of rationality was a less demanding test than that for reasonableness (the other strand of Mr Pickthall's defence).

Furthermore, it appeared to Mr Justice Edis that Mr Pickthall had become obsessed and "perhaps even exhilarated by his ability to cause distress by repeating long dead allegations over and over again". It appeared probable to the judge that Mr Pickthall simply wanted to cause harm to each individual at the Council who he targeted. As Mr Pickthall's conduct was not rationale, it was also not reasonable. Therefore, both strands of his defence would fail.

An interim injunction was therefore granted and Mr Pickthall was prevented from further harassing the Council's officers, employees and councillors.

"Elected politicians and public officials must be subject to proper public scrutiny, but this is not unlimited. They are not helped in discharging their public functions by having to deal with vitriolic abuse addressed directly to them and published widely to the world at large."

In light of the extensive publication of unfounded allegations of criminal conduct aimed at those involved with the Council, this case is a stark example of a situation where it was proportionate to curtail an individual's right of freedom of expression.

Although most local authorities are unlikely to find themselves on the receiving end of a campaign to the extent of the one brought by Mr Pickthall, the judge's comments will nonetheless provide useful guidance for councils considering a response to any conduct that might amount to the harassment of staff or members. It is worth remembering that conduct on just two occasions can amount to harassment giving rise to civil and criminal sanctions. 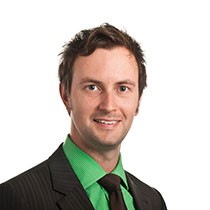