There has been considerable interest in the Healthcare Safety Investigation Branch (HSIB), which came into being on 1 April this year. Rightly so, as it has long been recognised that the processes for investigating and learning from clinical incidents in the NHS are complicated, preoccupied with blame and take too long.

It was back in March 2015 that the public administration select committee recommended a national, independent and accountable investigative body to provide leadership and resource and to “promote a just and open culture across the whole health system”.

Details of how HSIB will operate are now beginning to emerge. We have recently learned that it will have a budget of £3.6m for around 30 investigations a year. And, according to recent reports from HSJ, its leader – or chief investigator – is expected to be Keith Conradi, currently head of the UK’s Air Accident Investigations Branch. HSIB will become operational this autumn.

However, there has already been much debate, discussion – and some criticism – of the nature of HSIB’s remit. It will not be independent through legislation, but will be hosted by NHS Improvement.

Jeremy Hunt has, however, pledged to review arrangements in two years to ensure the organisation retains independence of judgement. Meanwhile, detractors are concerned that some information relevant to patients and families may not be shared with them.

It is important to appreciate that HSIB will not be a “prosecutor”: Its function is not to provide a remedy for patients, determine liability, find fault or attribute blame.

As its published directions make clear, crucial to its operation will be the “safe space principle” in order to allow candid contributions given without fear of use for apportioning blame or establishing liability.

The directions also indicate that the extent to which information about incidents is shared amongst clinicians and patients will vary from case to case, but HSIB’s material should not be publicly disclosed (unless public interest or legal compulsion prevail).

Reaction has not been universally positive. Action against Medical Accidents has criticised the directions for restricting information given to patients about their care, which they say is contrary to the duty of candour and could “seriously undermine” public confidence.

Clearly, HSIB will not be the “silver bullet” that some were hoping for. The HSIB expert advisory group has itself acknowledged that HSIB will not carry out the majority of investigations and recommends further steps, for example a joint culture task force, a co-ordinated programme of training, and addressing unresolved cases.

However, HSIB is undoubtedly a positive step forward in the continuing journey towards safer patient care in the NHS.

Joanna Lloyd is a partner at Bevan Brittan LLP. 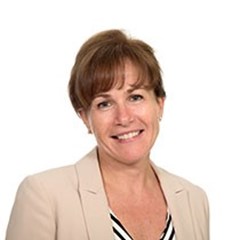