A recent High Court decision, Frasca-Judd v Golovina, examined the circumstances in which a landlord’s insurers can recover their outlay from the tenant, where the insured building and its contents have been damaged by the tenant’s negligence.

Although the insurer’s recovery claim failed in this particular instance, this will certainly not always be the case, and the judgment provides useful guidance as to the circumstances in which a claim against the tenant could succeed.

It is a fairly dry topic, but it is one of crucial importance where the landlord’s insurer is considering a recovery claim against the tenant.

The Defendant tenant rented a substantial detached house from the Claimant landlord (although the landlord was named as the Claimant, the claim was of course a subrogated one brought by her insurers).

The tenant and her partner left the property on 27 December 2009 to return to their London flat for the New Year. On 14 January 2010 the landlord’s gardener attended at the property and saw through a window that it had suffered extensive water damage.

The heating was apparently not switched on, and the water pipes had frozen.

The landlord’s insurer paid her just under £130,000 for her claims for repair to the property, damage to contents, and loss of rent. The insurer then looked to recovery its outlay from the tenant, on the basis that she had been negligent and in breach of the tenancy agreement by not leaving the heating switched on.

There was a factual argument as whether the tenant had in fact switched the heating off before leaving the property.  This aspect of the case raises interesting points as to the way in which an insurer should go about compiling evidence of negligence in recovery claims, and this is dealt with in a separate update.

For the purposes of this update, the key argument was whether the landlord, having been indemnified for her losses in full by her insurer, was then entitled to recover those losses from the tenant.  If she was not, then the insurer, who had to “stand in her shoes” for the subrogated claim, could not recover from the tenant either.

The core issue was whether the intention of parties to the lease was that the landlord was taking out the insurance policy for the benefit of the tenant as well, and would therefore look to recoup any losses arising from an insured risk from the insurer, and not from the tenant.

The Judge made it clear that the terms of the tenancy agreement lay at the heart of unravelling how the parties had agreed to allocate risk between them.

Having reviewed the (fairly significant) caselaw on the issue over the last 30 years, he came to the following conclusions:

The Judge was clearly unimpressed with the tenancy agreement in this case.  He commented that even though it was a standard-form document from a large chain of letting agents, the drafting was “unclear and even self-contradictory in several places”.

Nevertheless the Judge found that the landlord was obliged under the lease to insure the property. Although there were no specific obligations on the tenant to contribute to the cost of insurance, the Judge concluded that she was doing so indirectly by the payment of rent.

The tenancy agreement did not require the landlord to apply any insurance proceeds towards remedial works on the property, but the Judge found that this was “not essential”.  The agreement did provide that the tenant did not have to pay rent if the property was rendered unfit for occupation by an insured risk.

The Judge concluded that, overall, the terms of the tenancy agreement showed that it was the common intention of the parties that the insurance would be for the benefit of both parties, and that where damage was caused by an insured risk the landlord would seek reimbursement from the insurers, and not from the tenant.

As the landlord was unable to make a claim against the tenant, the insurer’s subrogated claim also had to fail.

This case shows that, where a landlord’s insurer is considering a recovery claim against the tenant, it is vital to consider carefully the terms of the tenancy agreement first. The case is also a good reminder that even where the agreement has been drawn up by a reputable letting agent, it can be unclear and self-contradictory.

The key point is assessing whether the lease obliges the landlord to insure the property.  If it does not, but the landlord has insured the property anyway, then a recovery claim against the tenant is likely to succeed.

Where however the tenancy agreement does oblige the landlord to insure the property, the insurer will need to tread very carefully, as there is a strong possibility that any subrogated recovery claim could be precluded. The other terms of the tenancy agreement will have to be reviewed carefully to ascertain whether this is in fact the case. 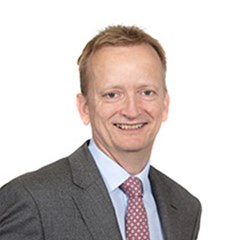