The EAT says that childcare vouchers costs do not need to be paid by employers during maternity leave – but the decision leaves several questions unanswered - so how should employers respond? Ashley Norman explains.

It is common practice for employers to provide employees with 'childcare vouchers', usually by way of a 'salary sacrifice' arrangement, which has tax and National Insurance advantages for both employer and the employee.

During ordinary and additional maternity leave, an employee is entitled to the benefit of all the terms and conditions of her employment that would have applied had she not been absent, except remuneration.

An employee who is denied the benefit of their usual terms and conditions (bar remuneration) during maternity leave may bring a claim that they have suffered an unlawful detriment. Under the Equality Act 2010 employees are also protected from unfavourable treatment because of pregnancy or maternity and are also protected from indirect sex discrimination (which, unlike direct discrimination, may be justified).

In Peninsula Business Services v Donaldson, Peninsula offered its employees a childcare voucher scheme via salary sacrifice. It was a condition of entry to the scheme that, in the event of the employee being on maternity leave, provision of childcare vouchers would be suspended. Ms Donaldson, who was pregnant at the time of wishing to join the scheme, believed the condition of entry was discriminatory and therefore refused to join.

-  detriment for asserting a right to maternity leave; and

In the EAT's view, childcare vouchers provided by way of salary sacrifice are remuneration and so an employer does not have to continue to provide them during maternity leave. The EAT said that the employment tribunal was wrong to rely on the HMRC guidance.

The EAT regarded the phrase "salary sacrifice" as something of a misnomer, because salary is, in reality, "redirected prior to it being placed in the employee's pay packet, in order to purchase vouchers…".

Having said that, the EAT noted that a different approach should be taken with vouchers that are paid in addition to salary (rather than by way of a sacrifice or 'diversion' of salary earned). In those circumstances, vouchers must be continued during maternity leave.

The EAT acknowledged that there were policy reasons behind its decision. In its view, government could not have intended that childcare vouchers should continue throughout maternity leave; doing so provides a "windfall" benefit for employees and an additional cost for employers. Note, however, that the EAT stated that it came to its conclusions "somewhat tentatively".

When the HMRC guidance on childcare vouchers was published in 2008, there was some uncertainty surrounding its authority. But many employers acted in accordance with the guidance anyway and treated childcare vouchers as a non-cash benefit, rather than remuneration, accordingly meeting the cost during maternity leave.

The decision of the EAT provides long-awaited judicial guidance on this point. Although it is at odds with the practice of some employers, is likely to be welcomed as a potential cost saving during maternity.

However, it is important to strike a note of caution, for several reasons:

-  the EAT has expressed its view as being "tentative"

-  the EAT's approach to the legal status of salary sacrifice is questionable: the EAT treated such arrangements as a 'diversion' of salary, but the reality is that the employee contracts to reduce their notional salary, and cannot rely on it for purposes such as calculating statutory maternity pay, statutory redundancy pay, or employer pension contributions under the auto-enrolment legislation. It is arguable that treating 'sacrificed' salary as a salary 'diversion' is legally unsound.

The dust has not yet settled on this case, and employers may wish to wait and see how further case law develops, before deciding whether to change their practices in relation to childcare vouchers. However, please do contact me or your usual Bevan Brittan contact if you require further guidance on this question.

Finally, the practical impact of this decision will be limited because, in this month's Budget, the Chancellor confirmed that childcare voucher schemes will be closed to new entrants from April 2018. Existing members at that date will be able to continue for so long as the employer chooses to continue operating the scheme. A new tax-free childcare scheme is expected to come into force in early 2017, replacing the current one. Under the proposed scheme, working parents will be able to claim 20% of childcare costs, capped at £1,200 per child per year. As the scheme will be run through the State not employers, the question of salary sacrifice / 'diversion' will not arise. 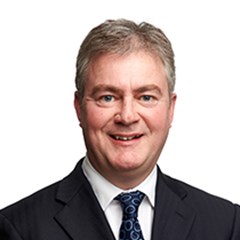