On 21 December 2015 the High Court ruled in favour of Cornwall Council, and its public sector partners, in finding that they were entitled to terminate a £160m outsourcing contract with BT Cornwall Ltd (BTC), owing to BTC's breaches of contract. The agreement was for 10 years and covered services including health, transport, communications and public safety.

This case arose from substantial problems with BTC's performance in 2014, causing a backlog of work that had still not been cleared by well into 2015. The Council sought to terminate the agreement by reason of the breaches in June 2015, but BTC sought an injunction to prevent termination, resulting in a trial before Mr Justice Knowles in December 2015.

Many issues contributed to the dispute, including issues relating to the agreement itself:

One of BTC's key arguments (against material breach) was that there was a subsequent agreement between the parties that BTC should be allowed to clear a backlog of historic incidents and that, if that resulted in a further dip in performance (for example if that impacted on the Service Desk's ability to respond to new incidents) BTC should be protected from the consequences of that.

The judge did not accept that there was any such agreement between the parties:

"… [BTC] was already obliged to resolve the backlog. It was not entitled to protection from the consequences. On the evidence, BTC sought reassurance that clearing the backlog was "the right thing to do". It was the right thing to do, in the sense that doing it would honour BTC's obligations, albeit late. BTC was not entitled to expect or assume that it would be exempted from other consequences under the Agreement simply because it was honouring its existing obligations."

The judge also said that the Council was entitled to express its wish that BTC clear the backlog even if it knew that the effect of doing so would be to have an adverse impact on the monthly results going forward. The Council had not waived its rights in doing so.

BTC further argued that any termination for material breach in relation to KPIs had to be made in good faith, however (in the circumstances of the case), the judge found that the good faith clause only related to "a continuing partnership dialogue" and had no bearing on the exercise by one party of its contractual rights.

In summary, the Court found against BTC in respect of all the above aspects:

Mr Justice Knowles concluded that "ultimately it is the public that is affected by this dispute, and by the shortcoming in the drafting of the Agreement and the failings in performance" and hoped that a similar situation could be avoided in future.

If you wish to discuss any of the items noted in this section please contact Laura Brealey or Emma Norman. 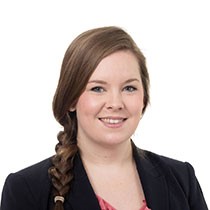 I am a commercial litigator with experience of many aspects...