From 1 February 2016, new sentencing guidelines are in place for use by Courts in England & Wales for Health & Safety offences, corporate manslaughter and food safety & hygiene offences.

The new guidelines have been developed following a detailed consultation process and have been designed to improve consistency and proportionality in the sentencing of these types of offences, which are not only relatively infrequent (when compared to more common criminal offences) but can often be complex. The 2010 guidelines, which are being replaced, were limited in scope (they only provided guidance for corporate manslaughter and health & safety offences causing death); whereas the new guidelines cover the full spectrum of offences in this area.

In developing the new guidelines, the Sentencing Council has adopted a similar approach to the principles established for the Environmental Offences Guidelines published in 2014, with a focus on ensuring fines mark the seriousness of the offence in a way that is fair and proportionate to the means of the offender. For each offence, the Court is required to follow a number of steps to determine the fine.

The first of these steps is the 'offence category' which is reached by determining culpability and harm. Culpability ranges from low (a minor and isolated incident) to very high (a deliberate breach). When determining harm, it is important to note that the offence is in creating risk of harm and that no actual harm needs to be proven.

The second step considers the financial status of the Defendant by reference to annual turnover. For local authorities, the Annual Revenue Budget is used and for NHS bodies, financial information will be sought from Monitor reports where applicable. Once the above information has been determined, various tables provide both a starting point and a range for the fine. The amount is then 'fine-tuned' using a number of aggravating factors (e.g. cost-cutting at the expense of safety) and mitigating factors (e.g. no previous prosecutions) which can increase or decrease the total.

Steps 3 and 4 allow the Court to assess whether the fine to be imposed is proportionate and to consider the wider impact of the fine on the offender's organisation. There is a specific requirement that any fine imposed on a public or charitable body, should be 'substantially reduced' if the offending organisation is able to demonstrate the proposed fine would have a significant impact on the provision of its services. It remains to be seen just how the Courts will interpret the extent of a 'substantial' reduction and what evidence will be required in order to demonstrate a 'significant impact' on services.

The remaining steps (5-9) deal with other considerations which the Court can use to adjust the final fine, such as whether or not a guilty plea has been entered and any assistance provided to the prosecution.

Ultimately, the consequence of these new guidelines is that following sentencing, defendants can expect substantial increases in the fines that they have to pay with the highest fine in the guidelines at £10 million.

It is therefore more crucial than ever to ensure that your organisation's health and safety policies are implemented and monitored and that risks are being properly identified and managed by the appropriate persons. It is important to note that although the guidelines take effect from 1 February 2016, they will apply to all sentencing hearings from that date, irrespective of the date of the offence.

The Sentencing Council guidelines can be found here: 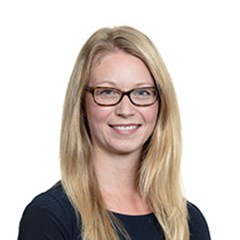