Over 200 suicide deaths per year occur in patients under mental health crisis teams, three times as many as in-patients, according to the University of Manchester's National Confidential Inquiry into Suicide and Homicide by People with Mental Illness, which was published this month. The Annual Report provides the latest figures on suicides, homicides and sudden deaths across the UK from 2014 and highlights the priorities for safer services. This year it also looks back on 20 years of research to identify changing patterns.

Suicide numbers amongst inpatients continue to fall, most clearly in England where the decrease has been around 69% from 2000-2014. This is partly explained by cuts to the numbers of inpatient beds: data from the Health and Social Care Information Centre (HSCIC) showed that the number of inpatient beds fell by 40% from 1998 – 2014 and the number of admissions by 20%. However over this time there there has been a fall in the rate as well as the number of inpatient suicides. The fall has been particularly marked since 2003, which was the year the Department of Health introduced a requirement to remove ligature points from wards. Despite this success there were 76 suicides by inpatients in the UK in 2014.

Crisis services providing an alternative to hospital admission are now an established part of mental health care in all UK countries. It is not clear from the Report to what extent the high number of suicides of patients under mental health crisis teams is reflected by the increasing use of these teams, but it is suggested that crisis teams have become the 'default option' in acute care and are used for too many patients at high risk. 44% of patients who commit suicide whilst under the care of crisis teams live alone, indicating that home treatment may not be suitable for people who lack other social supports.

Transition from inpatient care to the community is a time of high risk, particularly the first two weeks after a hospital discharge. A third of patients who die by suicide whilst under the care of crisis team have been under the service for less than one week. A third have been discharged from hospital within the previous two weeks. The Report found that these deaths were linked to admissions lasting less than 7 days, lack of a care plan on discharge and adverse life events. However there has been a fall in post-discharge deaths occurring before first service contact, suggesting recognition of the need for early follow up.

Over key findings of the report include:

The full report is available here .

For further information on this or any of the points raised in this article, please contact Claire Leonard, Employed Barrister. 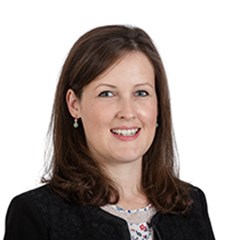 I am a medical law specialist offering advice and advocacy...