This case is interesting because it confirms that even where a care package, which gives rise to a deprivation of liberty, is funded and implemented privately in a person's own home, it can still be imputable to the State. This has two important consequences: Firstly, it means that a person deprived of his liberty as part of a private care package may still require a legal framework to make it lawful; secondly, it means that local authorities may need to reconsider whether incapable people receiving care, which causes a deprivation of liberty, and who are potentially within their remit need an DOLS Authorisation or a declaration from the Court of Protection.

SRK suffered a catastrophic accident and was left severely brain damaged as a result. His compensation paid for a package of care in an adapted bungalow which meant that applying the test in Cheshire West, he was deprived of his liberty. No part of the care package was funded or provided by a public authority. The issue that arose for the court was whether in spite of that, SRK's rights under Article 5 of the European Convention on Human Rights meant that he should be given the protection of a procedure prescribed by law.

The long established components of a deprivation of liberty are that the person affected must (i) be objectively detained for more than a negligible period of time, (ii) subjectively objecting to the detention (unless incapable, in which case he cannot do so) and (iii) the detention must be imputable to the State. Where (i) to (iii) are present, the person affected has a right to require any public authority also involved to act in a way which is compatible with the European Convention on Human Rights. The relevant provision of the Convention is Article 5, which requires any detention to be in accordance with a procedure prescribed by law. The public authority must therefore ensure that it meets its obligations under the Convention.

Components (i) and (ii) were not in issue in this case. In relation to (iii), the Judge made the point that state involvement could be direct, i.e. where a public authority imposes or implements the care package; but it can also arise from a failure to interpret national law in a manner which "promotes the spirit of Article 5 (and so its underlying purpose) or from a failure to perform the positive obligations imposed on a State by Article 5".

The Judge went on to conclude that this was not a case where the State was directly responsible for the deprivation of liberty, but it was a case where the State knew or ought to have known of the circumstances of SRK and therefore the State had positive obligations towards SRK under Article 5. This arose because the compensation was awarded to SRK by the Civil Court, the deputy was appointed by the Court of Protection and as such both courts were aware of the circumstances of SRK; knowledge which, according to the Judge, can be imputed to the State. As the State had this knowledge but failed to make a Welfare Order authorising SRK's deprivation of Liberty, the State failed in its positive obligations under Article 5 thereby making SRK's detention imputable to the State.

The Judge took the view that where a court, trustee, deputy or attorney had knowledge of a care regime amounting to a deprivation of liberty they should raise this issue with the relevant providers and the relevant local authority with statutory duties to safeguard adults. This will trigger the local authority's obligation to consider investigating the circumstances and make or support an application to authorise the deprivation of liberty.

Although the Judge was keen to narrow the application of this case to "persons in an equivalent position to SRK," it is highly likely that future cases will seek to test and extend this approach therefore we may see a further widening of state imputability.

However, even without any further extension, the impact of this case is likely to place significant extra burden on the courts, deputies, trustees, attorneys who are now expected to be continually mindful of care regimes amounting to a deprivation of liberty and report these to the safeguarding department at the local authority. As a result, local authorities are likely to see a further increase in their workload and the Court of Protection, a further increase in the number of applications for welfare orders authorising a deprivation of liberty. As the Court of Protection and most local authorities are already operating beyond capacity, such an increase is concerning. 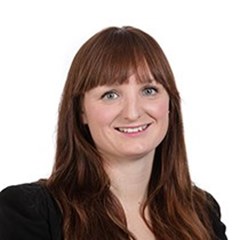