The Cabinet Office has issued a revised set of Consultation Principles that are intended to act as guidance for Government departments on carrying out consultations.

They are an updated version of the Principles published in 2012 (updated November 2013) which in turn replaced the 2008 Code of Consultation and have been amended in line with feedback received from the Secondary Legislation Scrutiny Committee.

Some points to note about the 2016 Principles include:

The Principles set the expectations of how others, particularly the public, believe consultation should be conducted.

One simple, but key, point is therefore the very first Principle which says ‘Use plain English and avoid acronyms’!

Organisations will also be expected to follow similar principles, so whilst the guidelines are primarily focused on government departments, they can be applied to other bodies and organisations too.

The Principles are the starting point for consultations so NHS bodies' and local authorities' consultation procedures should reflect these latest guidelines.

With so many consultations happening at any one time, it’s important that there should be some clear principles and best practice guidelines behind them. This update is therefore a welcome step in providing a useful and practical checklist for departments and organisations planning to consult.

The full set of principles can be found on the Cabinet Office web page. 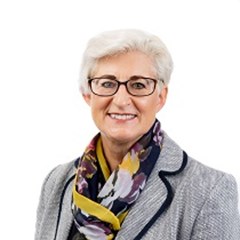