A brave new world of de-regulation apparently dawned for Housing Associations on 6 April this year when provisions from the Housing and Planning Act 2016 came into force.  But how much greater freedom and flexibility will this actually bring them?

There is no doubt that the removal of the requirement for s172 consent for transactions will reduce the potential for delay (whether on sales, grant of lease, financing etc) as the "red tape" that required prior consent from the Homes and Communities Agency has now been removed.

But I’m afraid that this does not mean carte-blanche for Associations to do whatever they want.

The consent regime has been replaced by a new notifications regime. So whilst the pre-disposal administrative work has to a degree been swept away, it has been replaced by what is effectively post-disposal administrative work for Associations.  At least this doesn’t slow down the deal before it happens, but it does mean that about the same quantity of work has to be done!

As with the previous regulatory regime there are different categories of disposal which require different steps to be taken albeit that the number of categories has been dramatically reduced to just 8 in total.

The categories for Landlord Disposal (which are essentially sales of one sort or another by Associations, rather than finance arrangements)) reflect the fact that the HCA intend to monitor:

Perhaps most important is that information about the proceeds from the disposal are required including whether it is at open market value or less than that. Pre-disposal valuations will, therefore, continue to be a necessity to ensure compliance.  No ‘short cuts’ there, then.

For large providers (more than 1,000 units) there are no notification requirements under the new regime. But, before they get too pleased about it, this is because they are obliged to provide information to the Regulator about "standard private finance" anyway under other existing legislation!

For smaller providers not only do they have to notify but these are treated as priority notifications meaning that they have to be made within 3 weeks of the disposal. The information required is relatively scant -  number of dwellings involved, description of the type of disposal and the amount of finance and identity of the finance provider.

However, all Associations will still need to keep clear internal records of what is and isn't in a finance / security arrangement for the purpose of internal reporting, funder reporting and monitoring covenant compliance.

So, for both large and smaller providers, in reality,  there is only limited relaxation of the requirements placed upon them.

When the previous relaxation of the disposal consents regime occurred in 2010 - removing particular types of transaction from the disposals regime completely (essentially disposals of commercial premises and non-Social Housing dwellings) - the knock-on effect for non-exempt charities was that those types of disposal then became caught by the provisions of the Charities Act 1993 (now the Charities Act 2011) due to the wording of the statutory disposal provisions within them.

Unfortunately, the law of unintended consequences is at work again in relation to the current de-regulation. Any Associations which are non-exempt charities will now need to comply with the full Charities Act regime in relation to all disposals (save for any which are specifically exempted under the Charities Act).

Somewhat ironically the requirements under the Charities Act are, arguably, more onerous than those which were in place under the now-defunct HCA disposal consents regime.

The requirements in brief are the obtaining of a written report from a surveyor (which has to be in a particular format to comply), advertisement (unless the surveyor advises otherwise) and a consideration by the charity trustees of whether they are satisfied that the terms reflect the best that could reasonably be obtained.

The rules are slightly less stringent for leases of 7 years or less as the appointment of a surveyor can be avoided. The rules are excluded completely for certain types of disposition (which arguably include social rented tenancies, intermediate tenancies and shared ownership).

However, the requirements are different to the HCA disposals regime and will take some getting used to for officers who are used to just getting a RICS valuation and then applying for a consent. Associations will also need to consider what framework they will put in place to ensure that the "charity trustees" are complying with their obligations to consider reports before allowing disposals to proceed.

Delegation of this power to an executive team (rather than trustees having to make each and every decision) may be possible but will need to be considered carefully in light of the statutory requirements and any constitutional requirements of the Association itself. It will also need to be clearly documented to ensure that any audit by the Charity Commission will be satisfied in relation to compliance.

Better – but no free pass

In short, then, the new de-regulated regime for Housing Associations heralds only a limited new dawning!  To a greater or lesser extent, it moves the timing of requirements rather than removing the work itself.  Whilst I am sure that most Housing Associations will welcome the changes overall, they need to be aware that this is no ‘free pass’ to do their own thing and that strict compliance measures remain in place. 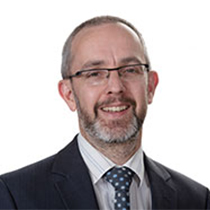 I head up our Social Housing team in the North...