DCLG is consulting on proposals to update the criteria that bar individuals from becoming or being a local councillor or directly-elected mayor.

Currently, individuals cannot stand for, or hold, office as a local authority member, London Assembly member or directly-elected mayor if they have, within the previous five years or since their election, been convicted of an offence that carries a prison sentence of at least three months without a fine and whether suspended or not.

The Government is proposing to amend the disqualification criteria so that anyone convicted of a serious crime, regardless of whether it comes with a custodial sentence, will not be able to serve as a councillor. Individuals will be banned from standing for office if they are subject to:

The new rules will apply to councillors and mayors in parish, district, county and unitary councils, London boroughs, combined authorities and the Greater London Assembly. The proposed changes will not be retrospective.

It is now five years since the Localism Act 2011 changed the standards regime and abolished the Standards Board for England, leaving a void in terms of the sanctions which might be imposed. Local authorities are no longer able to suspend or disqualify councillors who bully, are rude, disclose confidential information or bring their own authorities and local government generally into disrepute. Provided they do not commit a serious criminal offence, members can remain in office until the electorate have a chance to remove them at the next election.

A recent LLG survey of council legal teams found that 60 per cent of respondents felt that the abolition of the Standards Board and Adjudication Panel had not left them with the tools they needed to keep behaviour in check.

Dame Louise Casey raised concerns about this at the end of last year, commenting that with the 2011 Act's reforms, "Government threw out the baby with the bath water in terms of standards in local authorities".

The Committee on Standards in Public Life has announced in its Forward Plan for 2017/18 that it intends to undertake a review of local government standards during 2017-18. And just this month, one council has written to the Communities Secretary calling for a new ‘Right to Recall’ councillors in the event of significant conduct or ethical breach, similar to that put in place for Members of Parliament by the Recall of MPs Act 2015.

The Government's proposals are welcomed as strengthening councils' control of unruly members, but it is a shame that it has not taken the opportunity to join up all these issues and extend sanctions for breaching the Code of Conduct.

The scope of the consultation should be widened so that it also looks at options giving local authorities stronger powers over members' behaviour such as:

The closing date for comments on the disqualification criteria consultation is 8 December 2017.

If you have any queries or comments on the issues raised in this Alert, please contact Judith Barnes or a member of our Local Government team. 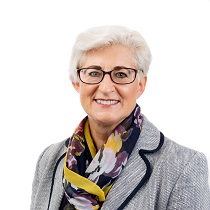