In a largely unregulated sector the Heat Network (Metering and Billing) Regulations 2014 (the Regulations) form the key piece of mandatory legislation that directly governs the operation of district heat networks in the UK.

Their overarching aim is to enable end users to be aware of how much energy they use, which will help to manage and ultimately reduce that consumption.

The regulations impose obligations on a range of entities that are not typically considered to be heat suppliers, and who would not normally expect to have in-depth knowledge of heat supply arrangements.

One of its final stages was due in December – by which heat suppliers must ensure that, in buildings with more than one occupier, cost effectiveness and feasibility assessments have been done and meters installed.

All organisations that supply and charge for heating, cooling or hot water to a final customer through a district heating network (DHN) must comply with the obligations in the regulations. Failure to comply could result in a fine or, in some circumstances, a criminal penalty.

Facilities managers, although not directly supplying the heat, are therefore subject to this legislation. A ‘heat supplier’ is defined as any entity that has a contractual arrangement with a customer for the supply of heat in return for payment.

Typical arrangements under which a property management entity is a heat supplier include:

This notification must take place on or before the date of operation of the network and must be updated every four years.

There is a general duty for the heat supplier to issue bills to the end user that are accurate and based on actual rather than estimated consumption. A bill must be issued at least once a year, or twice a year if the customer is being billed annually. In the contract for supply of heat, the following billing information must be included:

The heat supplier must not charge the end user for providing bills or billing information and must provide:

While the regulations look demanding, government policy is nevertheless highly encouraging. Last month it announced the Heat Networks Investment Project (HNIP) that will inject £320 million of support to increase the development of heat networks in England and Wales.

The first phase - with £39 million of funding – will be the pilot scheme and will be open to local authorities and public sector bodies, with initial payments to be made by March of this year.

It is expected that support from HNIP will unlock about £2 billion of private and local capital investment creating multiple supply chain opportunities from a diverse range of heat network schemes that could result in some 200 large heat networks by 2025.

This makes it increasingly possible for local authorities to procure the interconnection of housing developments where the economics might not otherwise stack up.

However, once the connecting infrastructure is established this could drive or trigger a number of additional benefits where the primary network can be expanded further to feed new housing/regeneration developments.

If you would like to discuss the article above or Heat Networks further please contact Nathan Bradberry.

*This article was first published in FM World 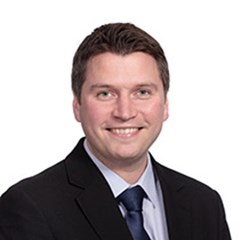