It is long established that the remit of the Coroner’s inquest is limited to 'cause of death' and that the Coroner (or jury) must come to the factual determination of who, when, where and how a person died. The Human Rights Act, 1998 incorporated Article 2 of the European Convention of Human Rights, the right to life, into UK law. As a consequence, where a death can be said to be imputable to the state and there is a ground to suspect that the state may have breached an Article 2 obligation, the scope of an inquest investigation will be expanded to include the wider circumstances of the death, namely not only how but also in what circumstances the person came by their death. The enhanced investigative obligations involved in an Article 2 inquest will usually require more extensive resources of the public bodies involved.

In this recent judgment, the High Court gives guidance on the interpretation of Article 2 and in particular, the difference between 'systemic failings' and 'operational failings'.

1. A negative duty to refrain from taking life save in exceptional circumstances (as set out within Article 2(2)) (the "General Obligation");

2. A positive duty to conduct a proper and open investigation into deaths for which the state might be responsible (the “Procedural Obligation”);

3. A positive duty to protect life in certain circumstances (the “Operational Obligation”). This has two distinct elements:

(i) The first limb places a general or systemic duty on the state to put in place an administrative framework to provide effective deterrence against threats to the right to life. This includes a duty on state bodies to take general measures to employ and train competent staff and to adopt appropriate systems of work that will protect the lives of the people for whose welfare they have made themselves responsible.

(ii) The second limb provides that the state has a duty to take preventative operational measures to protect an individual at risk, where the state knows or ought to know of a real and immediate risk to life.

At an inquest, Article 2 will be engaged and the scope of the investigation will be expanded where there is a ground for suspicion that the state may have breached either of the duties set out above and a person dies in their care as a result.

In the case of Scarfe & Ors, R (on the application of) v HMP Woodhill & Anor [2017], the High Court considers the first limb of the operational obligation, i.e. the general or systemic duty, in considering whether to grant the judicial relief sought by the Claimants.

The Facts of this Case

Against a background of a very high rate of self-inflicted deaths at HMP Woodhill, the Claimants (family members of three recently deceased prisoners) brought a challenge against what they described as HMP Woodhill prison's failure to comply with their public law, common law and Article 2 European Convention of Human Rights' duties to protect prisoners at HMP Woodhill from suicide.  The Claimants sought a declaration that HMP Woodhill had breached those duties and an order requiring the Prison to comply with the mandatory provisions of national prison policy.  The claim was ultimately refused by the High Court.

Over the past four years, there have been 18 self-inflicted deaths of prisoners at HMP Woodhill. This represents the highest rate, and highest number, of self-inflicted deaths in any prison in the United Kingdom. As is normal practice, the Prisons and Probation Ombudsman ('PPO') has carried out investigations and the Coroner's Court has held inquests into the deaths of these prisoners. At the time of this judgment (May 2017), 11 inquests had been held in total.

At the inquests and PPO investigations, the Coroner and PPO identified shortcomings and 'failings' in the care provided to the prisoners. These included failings to carry out appropriately the ACCT procedures and reviews and an inadequate understanding of the importance of the ACCT document. At a number of these inquests, the Coroner produced a 'report to prevent future deaths' (or 'PFD report') pursuant to paragraph 7 of Schedule 5 of the Coroners and Justice Act, 2009. These reports gave recommendations regarding compliance with the relevant mandatory Prison Service Instructions ('PSI') involving the management of prisoners at risk of harm to self and the response in medical emergencies.

Unfortunately, there were subsequent additional self-inflicted deaths within the prison. At the successive investigations and inquests, it was noted by the PPO and Coroner that 'similar failings' were repeated. As a result, following one inquest, the Coroner noted in a PFD report that his previous PFD reports had not been implemented and indicated that there needs to be an urgent review of this.

Against this background, the Claimants brought an application for judicial review. Referring to the many individual failures by staff to comply with the requirements of the PSIs, the Claimant argued that these represented a systemic failure in the care of prisoners at HMP Woodhill.

The Court indicated that in order for the Claimants to establish grounds for the relief sought, the crucial legal issue is whether the suicide of prisoners is a result of a failure in the operation of the system, whether that be a failure by a prison officer or an administrator, or a failure of the system itself. The rationale being that a single operational failure, or even a series of operational failures, may justify an award of damages in the particular circumstances of an individual case, however such would not justify the declaration of the sort sought by the Claimants in these proceedings.

In considering the definition of a systemic failing, the Court referred to the distinction between operational and systemic as provided by Lord Dyson MR in R (Long) v Secretary of State for Defence [2015] EWCA Civ 770.  This case concerned an appeal by the mother of a British soldier, unlawfully killed in Iraq in 2003, against a decision that the Secretary of State had not breached his duty to investigate the killing.  In this case, Lord Dyson found that there had been an arguable failure of a systemic nature where there had been a failure to provide an effective system of rules, guidance and control within which individuals are to operate in a particular context. It was held that a case does not fall within this category where the death is due to an individual's failure to operate properly within a system provided by the state.

Applying this logic to the present case, the High Court found that at HMP Woodhill there were a series of distinct but separate operational mistakes in suicide prevention. The Court found that the evidence demonstrates individual failings of understanding and individual failings of compliance, however not systemic failings.  Importantly, the Court noted that the frequency of similar mistakes does not, of itself, demonstrate a failure of the system but instead, that this is a system prone to operational error. What matters is not the number of errors, but their character.

Notably, the Court found that the evidence did not show a failure of the procedure or of training in the procedure.

Finally, illustrating the limited recourse available, the Court found that even if the Court had been persuaded that there was a systemic error, it is doubtful whether the Court would have concluded that an injunction, or a mandatory order, or a declaration would have been appropriate stating:

However the reality, we suspect, is that this is not a problem with which the Courts are equipped to deal in generality. Suicides in prison raise complex societal issues. The solution to those problems, acute as they are, lies not with judges applying principles of public law but with those who have the unenviable task of managing prisons.

This case will be relevant for any public body that is responding to a claim that Article 2 is engaged in an inquest due to a systemic failing. It also illustrates the importance of ensuring that procedures are in place and that training has been afforded within the public bodies.

At Bevan Brittan we have extensive experience representing NHS Trusts and private care organisations at inquests and can assist you in all aspects of inquest management - statement taking, coordination of evidence including actions to take to avoid a prevention of future deaths report, advising witnesses, and representation at the inquest as well as post inquest follow up advice.

We can also deal with all other issues which may be linked to inquests such as the police or multi agency investigation, and can help you manage its internal inquiry and investigation.

Finally, we can also provide training on a range of issues relating to inquests such as good record keeping, communication skills, attending an inquest as a witness, the relationship between inquests and claims and general inquest law updates.

For further information or to discuss any aspect of this article, please contact Emma Timmons, Associate or Stuart Marchant, Partner. 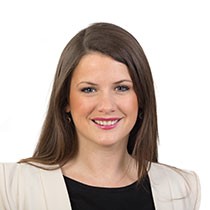 I am a healthcare lawyer with experience in a broad...