Communities Secretary Sajid Javid has told the National Housing Federation conference that the Government will bring forward a Green Paper on social housing in England that will be a 'wide-ranging, top-to-bottom review of the issues facing the sector'.

He said it would be “the most substantial report of its kind for a generation” exploring not only safety issues – but also the quality of social homes, the rights of tenants, service management, homelessness, illegal sub-letting and the wider issues of community, 'place' and local economies.

“The Minister made all the right noises – but he failed to tell the sector what they most wanted to hear on the future funding of supported housing and a new rent formula. The sector says it is now in crisis, so the fear is how long will all this take – and for the Green Paper (after publication) to move into meaningful policy change and new legislation.”

A critical dynamic is that while money going into building new social homes has fallen, the country is spending more than ever supporting people to live in costly rental properties through housing benefit. Over the last 20 years, spending on housing benefit has risen from £16.6bn to £25.1bn.

"Much of the emphasis so far has been on affordable housing, which still costs approximately 80 per cent of market rent – and so is not affordable to many. By taking a more commercially-minded approach to social housing (which would involve borrowing and investing) significant benefits could be created.

“The sector has been telling Government that building more social housing would not only provide greater security for those in need of homes, but would also provide the Exchequer with vital long term income.

“The sector is looking to the Government to quickly set new policy that could involve encouraging public bodies to allocate huge amounts of land they own for social housing. This could vastly reduce the housing benefit bill, by generating ongoing returns for taxpayers, and by recycling money for ongoing development.” 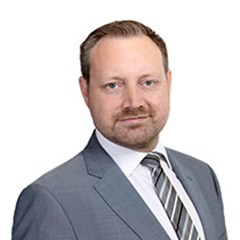 I specialise in housing management and have over 20 years'...