The Government’s long-awaited Housing White Paper (‘HWP’) landed on Tuesday, leaving local authorities in no doubt that they’re being tasked with the powers and responsibility to tackle the country’s housing crisis.

Communities Secretary Sajid Javid repeated that not enough homes are being built and demanded “radical, lasting reform” to boost supply and affordability.

The measures he proposed are largely targeted at the planning system, and the rules and regulations that govern the relationship between developers and local councils. For authorities with long waiting lists for homes and planning departments that are already stretched to the limit, his message would appear to be tough.

Councils will face a new ‘housing delivery test’ that holds them accountable for their role in ensuring new homes are delivered in their area.

Specifically, this will highlight “whether the number of homes being built is below target, provide a mechanism for establishing the reasons why, and where necessary trigger policy responses that will ensure that further land comes forward.”

But Sajid Javid said he is considering giving councils the tools to do the job:

The HWP didn’t say much about Councils resuming their historic role as a major builder of affordable homes. Authorities want to borrow to invest, and keep 100 percent of receipts from ‘Right to Buy’ properties.

But later in the Commons, Mr Javid said: “Local authorities with good sensible plans can come forward and do a deal with central government. We are listening and that invitation is in the paper."

For housing associations, it seems to be a case of ‘jam tomorrow’ with a rent policy plan for the period beyond 2020 to help them borrow against future income. But with the HWP supporting a ‘single set of metrics’ to compare efficiency, housing associations heading for the private sector should expect some extra compliance and monitoring. 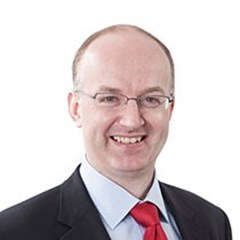