The recent case of Churston Golf Club v Haddock [2018] shows how a fencing easement can be created by an express grant, as well as by statutory prescription and the doctrine of lost modern grant. This case determined that the wording of a clause can be construed as an easement, even where it is described as a covenant, and that where a fencing easement is established, this operates to “disapply” the general rule that positive covenants do not run with the land.

Nature of covenants and easements

The nature of covenants is that if they are restrictive in nature (e.g. obliging a party not to do an act) then these would run with the land and affect all successors in title. The nature of positive covenants (e.g. obliging a party to commit a positive act, such as spending money) is that they are a contractual agreement and only affect the original parties involved, unless successors in title become party to that contract by way of a deed of covenant or similar. This was established in the Austerberry[1] case.

The nature of easements is that they do run with the land and affect successors in title. Generally speaking, easements apply to one piece of land for the benefit of another piece of land. They are attached to the land rather than the owner or occupier of the land. There are four components to establish an easement, namely:

Prior to the Churston case, fencing easements have only ever been established in one of two ways: statutory prescription under the Prescription Act 1832, or by the doctrine of lost modern grant. Both of these operate in a similar way - typically, evidence of a party maintaining a boundary for at least 20 years could entitle the proprietor of the dominant tenement to claim that a fencing easement has been established by prescription.

Mr Haddock (H) was the tenant of a farm and Churston Golf Club (C) was the tenant of the adjoining land. A dispute arose regarding a boundary fence and based on a clause contained in a 1972 conveyance of neighbouring land, H believed that C should rightfully fence the boundary as per their legal obligation in the conveyance. H argued that the clause should bind successors in title to the original parties of the conveyance. The wording of the clause that H relied upon read:

“The Purchaser hereby covenants with the Trustees that the Purchaser and all those deriving title under it will maintain and forever hereafter keep in good repair at its own expense substantial and sufficient stock proof boundary fences walls or hedges along all such parts of the land hereby conveyed as are marked T inwards on the plan annexed hereto.”

The County Court found in favour of H and found the clause to be a fencing easement. C appealed to the Chancery Division of the High Court.

On appeal, the Court had two points to decide:

The appellate Court decided to dismiss the appeal from C and upheld the County Court’s decision that the clause did constitute a fencing easement.

It was agreed by all parties and the judge that fencing easements could exist in theory, and have been acknowledged by the law for some time. In several previous cases it was held that these could bind successors in title, however it was also acknowledged that each case should be decided on its own merits, and in particular, based on the wording of the actual clause to be considered. In this case, C argued that although a fencing easement could exist in theory, it was not possible in practice due to the rule in Austerberry. Mr Justice Birss rejected this argument summarising that a clause described as a covenant could be construed to be a grant [of a fencing easement], and if one is to construe a clause as such a grant then it follows that the grant does not engage Austerberry.

This was based on the fact that all four elements of an easement could be established, and also on the basis that the specific wording of the clause and the presumed intentions to bind successor could not be clearer or more apparent. It was confirmed that the burden of the fencing easement passes, if in no other way, under Section 79 of the Law of Property Act 1925.

The wording in the covenant “forever hereafter” was thought to be a key aspect of the clause on which the judge formed the decision.

This is the first example of a case where an express obligation or covenant was held to create a fencing easement. As stated above, each case has to be decided on its own merits however the wording used in the Churston clause allows us to speculate what wording can imply a fencing easement, and in turn this allows us to use this to the advantage of our clients when either advising on existing clauses and their implications and enforceability, and when drafting new clauses.

The use of the wording “forever hereafter” is unambiguous and clearly shows that the original parties intended to oblige successors to continue the obligation. It is absurd to suggest that the original covenantor would fence the boundary forever after the conveyance, firstly because it is commonplace for land to change hands and the outgoing transferee would not intend to remain bound by the clause after disposing of the land, and secondly, only a company and not an individual would last the stay of time, assuming the company was still trading. Therefore it follows that successors must be bound by the clause, if the dominant owner seeks to claim that the clause is still enforceable and they have the benefit.

The judge in Churston also suggested that there would be no reason why a similarly drafted clause could not be described in the document as an easement, which would then again show intention that the clause is designed to be a fencing easement.

When acting for the seller of land, especially where it is a disposal of part of the land and the transferor intends to retain the adjoining land, including language in clauses such as that mentioned above would help confer to the reader the intention that the clause is intended to be a fencing easement. Therefore it is intended to bind successors in title.

Similarly when acting for a buyer of land subject to such a clause, the identification of such language would allow one to give accurate and informed legal advice that a clause is not indeed intended to be a positive covenant, but a fencing easement, and the client should be aware of their obligations in respect of the same.

The language used in clauses can greatly change the interpretation of the parties’ intentions and it is important to ensure the wording used when drafting portrays the parties’ intentions accurately, as this can have important implications both during ownership and for successors in title after land has been sold. It may also affect an owner’s ability to sell the property quickly, or at all.

At Bevan Brittan, we act for a range of clients selling and buying land over multiple sectors and we have an array of experience in interpreting and drafting clauses in these transactions. This allows us to efficiently advise our clients on existing provisions, and negotiate and draft effective new clauses which accurately reflect the correct intentions of our clients. 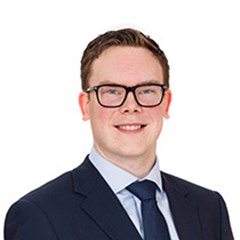 I specialise in commercial property within the healthcare sector....