In May the Kings Fund published its report: A fork in the road: Next steps for social care funding reform.

The report sought to pull together new financial modelling, public perceptions work and policy analysis to identify the problems with adult social care in England and outline options for its reform.

It looked at the costs for access and quality at 2015/16 levels, restoring the levels to 2009/10 levels, cap and floor model and Free personal care model.

The report concluded that reforming the current system will be expensive, but that if reform is chosen, England is now at a clear 'fork in the road' between a better means-tested system and one that is more like the NHS; free at the point of use for those who need it.

The report found that the current system, where less people will to receive publicly-funded care every year, will lead to a funding gap of an estimated £6 billion by 2030/31 whilst looking to restore levels of access and quality to the levels back in 2009/10 would increase the gap to an estimated £15 billion. The cap and floor offer would increase the estimated funding gap to £5bn in 2020/21 and £12bn in 2030/31 and would see more people would receive state-funded residential care but at the expense of fewer people receiving funding for domiciliary care.

The report comes ahead of the government's social care green paper which was due this summer but has been further delayed – interesting in the context of the reports further conclusions that "‘Doing nothing’ is not a safe option and is no longer the easiest one. Demographic pressures, growing public concern and a system at ‘tipping point’ all mean action is politically essential. To support reform, people need a better understanding of the problems, but politicians are not best placed to provide it. A coalition of organisations, with cross-party support where possible, is required." 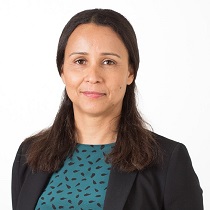