The formation of subsidiary companies within the NHS is a strategy which has been gathering momentum-an estimated 50+ Trusts either have already formed a subsidiary or are currently involved in preparing to establish one. However, it has also attracted controversy. Although capable of delivering greater efficiencies, cultural change and harnessing income generation opportunities, it remains very unpopular with the Unions given the potential to create a two-tier workforce. In addition, the prospect of securing incidental VAT benefits did not sit well within certain parts of Government.

However, the ability to exert a similar influence over Foundation Trusts is less clear. There is a clear statutory power to form bodies corporate for the purpose of or in connection with their functions. In issuing a "pause request" on 19 September, NHSI has sought to rein in Foundation Trusts in connection with a strategy which was becoming problematic to the Centre with little appetite for a bruising confrontation with either the Unions or Treasury. However, the pause request will also apply to NHS Trusts seeking to form a subsidiary using income generation powers.

The request was issued within the "Provider Bulletin" of 19 September[1]. It asked that any current plans to create new subsidiaries or change existing subsidiaries be paused pending the outcome of a consultation process which would be carried out in October following which new guidance would be issued. That consultation process has now been launched (please see below). The bulletin also referred to Department of Health and Social Care's 2017-18 accounting officer system statement. It included an email address to which questions should be addressed.[2]

Paragraphs 9.8-9.11 of the Accounting Officer System Statement states that the proposed creation of a subsidiary company will become a reportable transaction to NHSI under the Transactions Guidance with central oversight arrangements being strengthened. In addition, NHSI will have to be informed of any subsequent changes to subsidiaries.

STATUS OF THE PAUSE REQUEST

The ability of NHSI to instruct Foundation Trusts what to do is limited. They do not include a general power of direction (unless a breach of the licence can be demonstrated and a discretionary requirement under s105 of the 2012 Act is imposed).

The requirement to notify proposals to form a subsidiary will be guidance only. In addition, the outcome of a notification is advice (although ignoring a red rating of a transaction is likely to precipitate the finding of a breach of licence condition). This falls at the "the explain or comply" level and is not binding, although a Foundation Trust would need to be able to show  that they had properly considered the guidance and had good reasons for departing from it.  This is potentially easier to justify at this stage than when the substantive guidance is issued.

The Accounting Officer System Statement merely flagged the intention to bring in a system of checks and did not require or seek to require a pause. In the Provider Bulletin, NHSI has asked for (as opposed to demanding) a pause pending new guidance-a request which falls well short of a binding requirement.

However, in the light of the pause request, Foundation Trusts seeking to progress a subsidiary strategy would need to consider carefully the surrounding circumstances and context, including the issues raised by the Accounting Officer System Update and we would encourage engagement with NHSI in relation to individual projects.

The scope of both the Provider Bulletin and the Accounting Officer System Update is broad and applies to all subsidiaries. However, in our view the context does need to be considered. For example, it is possible to draw a clear distinction between forming a subsidiary to provide FM services back to the host Foundation Trust and forming a subsidiary to help facilitate service continuity in response to the retirement of a single-handed GP. A call to the helpline to enable the latter proposal would be justified.

There may also be situations where subsidiaries have already been formed and Trusts are finalising matters before "going live". We would recommend keeping NHSI informed as to what is intended and why the transaction needs to proceed.

RESPONDING TO THE PAUSE REQUEST

In preparing to form a subsidiary, Trusts will have analysed and carefully considered the non-VAT benefits that will flow from doing so. Many of these will (to varying degrees) be achievable whether a subsidiary is formed or not. For example, establishing service levels linked to performance management systems will create clarity around what is expected in terms of service provision as well as discipline in delivery and accountability. In addition, cultural change is possible from undertaking a rebrand of a division aimed at creating a distinction between it and the broader organisation.

As such, many Trusts actively planning for a subsidiary prior to the pause request will understandably not want to consign this work to the waste bin and postpone the achievement of the benefits which they badly need.

Despite the "pause" request, there are still steps which could be legitimately taken (whether the curtain falls permanently on NHS subsidiaries or not (although preventing Foundation Trusts from taking this step would require primary legislation)). Care would need to be taken to ensure that these steps were capable of delivering benefits without proceeding to a subsidiary even where those steps could also be regarded as preparatory for the formation of a subsidiary.

NHSI has now launched its consultation on changing the way that subsidiaries are reported to and approved by NHSI. The links to the consultation document and the questionnaire are in the footnote below[3]

The direction of travel proposed is:

NHSI anticipates publishing the updated guidance and implementing the new process in December 2018.

The consultation closes at 5pm on 16 November 2018. Please call if you would like to discuss it. 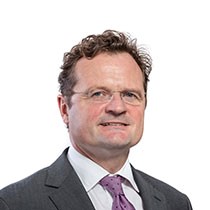