Contracting authorities have been waiting for some time for the Court of Appeal's judgment in the case of Faraday. The outline facts set out below may well be familiar.

Faraday Development Limited (part of a consortium bid) was unsuccessful in a non-EU tender process. The tender process in question was run by West Berkshire Council (the Council) for the appointment of a development partner of for the regeneration of the London Road Industrial Estate in Newbury.

One of the most striking outcomes of the judgment is that the Court has made a declaration of ineffectiveness in respect of the development agreement and a civil financial penalty will be payable.[1]

It is also worth noting that the Council had sought to de-risk the remedy of ineffectiveness by publishing a “VEAT” (voluntary ex ante transparency) notice but the Court held that the wording of the VEAT was insufficient.

We will be publishing further analysis of the points raised in this key judgment shortly.

[1] A summary published by 11 KBW (a barristers’ chambers with two barristers involved in this case) says that the civil financial penalty has been agreed at the sum of £1. 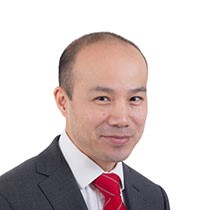 Consultation period will close on 10 March 2021.