The Supreme Court has handed down judgment in Darnley v Croydon Health Services NHS Trust today. The decision is important in understanding what information patients are entitled to receive when they present to reception and other 'first contact' staff in a clinical setting.

Mr Darnley was assaulted and suffered a head injury. He attended the emergency department at the Defendant Trust and informed a receptionist that he had been struck over the back of the head, that the injury was painful, and that he was feeling unwell. The receptionist told Mr Darnley that he would have to wait up to four to five hours before somebody looked at him. Mr Darnley sat in the waiting area for 19 minutes before leaving because he felt too unwell. Later that day Mr Darnley's symptoms significantly worsened and he was returned to hospital by ambulance. A CT scan revealed a large extra-dural haematoma which was evacuated surgically. Unfortunately, Mr Darnley suffered permanent brain damage.

The decisions in the High Court and Court of Appeal

At first instance, in the High Court, HHJ Robinson held that there was not a negligent failure by the receptionist to provide Mr Darnley with information relating to the likely waiting time to be seen by a triage nurse. HHJ Robinson accepted, however, that if Mr Darnley had collapsed in hospital, surgery would have been performed earlier, and he would have made a very near full recovery.

That decision was appealed to the Court of Appeal. The appeal was dismissed on the bases that (1) the Trust did not owe Mr Darnley a duty to advise him about waiting times, (2) the damage he suffered was outside the scope of any duty that was owed to him, and (3) there was no causal link between any breach and his injuries; he was told to wait, but chose to leave. Mr Darnley appealed to the Supreme Court.

Did the Trust owe Mr Darnley a duty of care?

Yes. The Trust owed Mr Darnley a duty of care from the point at which he entered A&E and registered with the receptin staff. That duty applies to medical and non-medical staff and extends to a duty not to provide misleading information which may foreseeably cause physical injury.

Did the Trust breach the duty of care that it owed to Mr Darnley?

Yes. The Trust accepted that standard practice in the emergency apartment was for patients with head injuries to be seen by a triage nurse within 30 minutes. The parties' experts agreed that was reasonable and the receptionists in question were aware that that was standard practice. In its complaint response the Trust accepted that telling the Claimant that he would have to wait four to five hours to be seen was "completely incorrect". The Supreme Court held that the information provided to Mr Darnley was incomplete and misleading as to the timing and availability of medical assistance, and so it was negligent

It is the duty of the Trust not to provide misinformation and that duty is not avoided by the misinformation having been provided by non-medical staff. The standard required is that of an averagely competent and well-informed person performing the function of a receptionist in a particular hospital department.

Was it reasonably foreseeable that Mr Darnley might decide to leave, rather than wait for medical assistance?

Yes. It was reasonably foreseeable that a person who believes that it may be four or five hours before they are seen by a doctor may decide to leave. Mr Darnley's decision to leave after 19 minutes was based on misleading information. There was, therefore, no break in the chain of causation

In the Court of Appeal judgment, Lord Justice Jackson said that "Litigation about who said what to whom in A & E waiting rooms could become a fertile area for claimants and their representatives." It was the view of the Supreme Court that the observations by the majority of the Court of Appeal on the social cost of imposing such a duty of care are misplaced.

It is not the function of reception staff in A&E to give wider advice or information in general to patients. However Trusts must take care not to provide misinformation.

Providers who operate services for patients presenting to emergency departments, urgent care centres, minor injuries units and walk in clinics will need to review their current procedures. Where there is a procedure in place for triaging those patients, they should be informed of that and the likely timeframe within which that triage will take place. That information could be provided either orally by reception and other 'first contact' staff, by leaflet, or by prominent notice with accurate information.

As ever, clear documentation of the advice given to patients about likely timescales to be seen would be extremely valuable in the event of subsequent complaints or claims.

If you would like to discuss this decision in more detail please contact Chris O'Donnell, Tim Hodgetts or Claire Bentley. 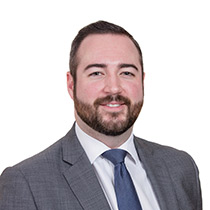 I specialise in defendant clinical negligence work, primarily in relation...