Changes to Government funding arrangements may mean an increased number of schools looking to convert to academies by September 2011.

This is because the current protection for a key element of academy funding (the local authority central spending grant “LACSEG”) is time limited. In order to qualify for the current protected funding, schools wishing to convert to academies had to apply to the Department for Education for conversion on or before 7 April 2011 and those schools must have converted to academies by 1 September 2011.

The General Annual Grant (GAG) funding for an academy of course includes:

Despite the Government strongly encouraging schools not to rush the important stages of conversion in order to qualify for this protected funding and make their applications on or before 7 April 2011 it is understood that a significant number of schools have in fact done so which is likely to lead to a flood of additional schools seeking to convert to academies during July and August in order to meet the 1 September 2011 deadline.

With local authority in-house teams already stretched, there is a significant risk that the in-house resource will not be available to support the significant number of potential conversions in their area.  Any resulting delay to the conversion process, particularly in light of the potential financial implications for the academy is likely to prove highly unpopular with those interested stakeholders in the conversion process.

Bevan Brittan LLP has a highly experienced team who can support local authority clients on this academy conversion work.  The team has already dealt with 24 conversions and is already instructed to act for various local authorities on 24 further conversions in the coming months.

This academies work includes experience of the following issues:-

Bevan Brittan is also currently acting for a number of local authorities in a judicial review of the government in relation to the reduction in Revenue Support Grant in connection with overall funding arrangements for academies so we are fully versed in all aspects of this issue.

If you are facing a significant number of conversions  and would like to talk to us about how we can assist you with these or indeed any of the other matters highlighted in this note, please contact one of the team below. 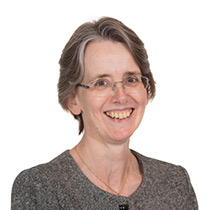 I lead our Housing Development and Property team in the...