Agreements for lease – getting up close and personal

As a rule, a personal covenant in the context of leases means exactly that; a personal obligation between the landlord and the tenant which is not intended to bind anyone other than the named contracting parties.  This is in contrast to the statutory definition of a “landlord covenant” and a “tenant covenant” in the Landlord and Tenant (Covenants) Act 1995, which provides that these covenants bind whoever is the landlord and tenant at the time.

But how easy it is to tell whether a covenant is personal or whether it is intended to bind successors in title?  This issue was considered by the High Court in the recent case of Bella Italia Restaurants Ltd v Stane Park Ltd and others [2019] where a tenant refused to take a lease from the new landlord under an agreement for lease made with the previous landlord.

In November 2014, Bella Italia Restaurants Ltd (Bella) entered into an agreement for lease with a number of parties (Trustees) to take a lease of a retail unit which was under construction at Stane Park in Colchester.

In March 2017, the Trustees sold the freehold to Ropemaker Properties Ltd (Ropemaker), following which Bella unsuccessfully tried to terminate the agreement for lease.  This resulted in Bella remaining committed to taking the lease once the unit was successfully constructed.  The unit was completed in August 2018 and Bella served a notice to complete the lease on the Trustees for completion on 13 September 2018.

The High Court looked at the wording in the agreement for lease, specifically clause 15.1 which obliged the landlord to grant the lease and the tenant to accept it, to determine whether the covenant to grant to lease was personal to the Trustees.  The court dismissing Bella’s claim noted that:

An agreement for lease or a pre-let agreement is usually entered into when there is going to be a delay before the lease is granted; in this case, there was a four year gap between the agreement being entered into and the retail unit being completed.  It is inevitable that the financial or trading situation of parties will change over time and this is what happened here – this case was Bella’s second unsuccessful attempt at trying to avoid taking out a lease it no longer wanted.

Agreements for lease need careful thought, particularly in times of uncertainty, where it may be important to specify named parties to a lease.  The identity and covenant strength of a tenant are often crucial to the landlord, which is why agreements for lease often provide that the term "Tenant" does not include the tenant's successors in title.  This will ensure that the lease can be granted only to the named tenant in the agreement for lease and to prevent the tenant from assigning the benefit of the agreement.

If someone has forwarded this email to you, you can sign up to receive your own copy, delivered directly to your inbox. 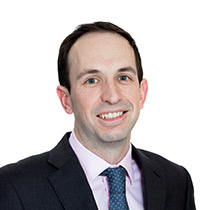 I am a property lawyer specialising in the healthcare sector.... 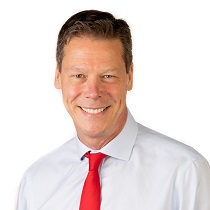 I am a healthcare commercial property lawyer specialising in complex...

Rights of way and increased use – how far can you go?