In the case of LD v Basildon & Thurrock University Hospitals NHS Foundation Trust the Court were asked to impose a stay of proceedings, where a Claimant refused to agree to examination by the Defendant’s expert.

At a hearing before a Master in March 2020, the Court was referred to the legal principals governing whether the Court should agree a stay of proceedings, set down by the Court of Appeal in Starr v NCB [1977] 1 WLR 63, CA.

There was a two stage test to be applied:-

The onus was on the party applying for the stay to establish that justice required the imposition of a stay.

In LD v Basildon and Thurrock University Hospitals NHS Foundation Trust, the Defendant admitted a 4 day delay in performing surgery for a disc prolapse. The Claimant alleged that the delay in performing surgery had caused a number of problems, including urinary incontinence. However factual and medical causation were in issue and the Defendant denied that the delay caused the urinary dysfunction.

The Claimant had a history of having been raped two years prior to the index event, as a result of which she was reluctant to undergo intimate examination.

At a Case Management Conference the Master gave directions allowing each party to rely on evidence from a urology expert.  The Defendant was sympathetic to the Claimant’s reluctance to undergo examination by both party’s experts and it was therefore agreed that there should be joint instruction of another expert to carry out urodynamics testing of the Claimant’s urological function. The result of the testing could then be considered by the parties’ experts.

The Claimant proceeded to instruct an expert and obtain the urodynamic results without the Defendant’s input into the choice of expert.  The results of the testing showed the Claimant to suffer from urinary incontinence.  The Defendant’s expert reviewed the results and found them to be unsatisfactory.  The equipment used by the Claimant produced a trace on a very small scale and a sensor detached during the examination, which made the results very difficult to interpret.

Application for a stay of proceedings

The Defendant argued that they had had no input into the choice of the single joint expert.  In fact the expert who had been used had been severely criticised by the Judge in a case which went to trial in the High Court in 2016, Stevie Lynn Watts v Secretary of State for Health, [2016] EWHC 2835 (QB), in which the Defendant’s solicitors had been involved.  The Defendant argued that it was reasonable to require the Claimant to undergo testing by their expert and that had they been aware of the identity of the expert chosen by the Claimant they would not have agreed to their instruction.

The court accepted the Defendant’s contention that it would not have agreed to the expert chosen and would have been entitled to seek an alternative.  There was no evidence that the urodynamics testing had caused the Claimant’s UTI.  Applying the test in Starr, the Court concluded that the Defendant’s request that the Claimant undergo testing by its expert was reasonable.  The Claimant had not put forward a substantial reason for not having the testing.  The Claimant’s fear of suffering a UTI as a result of further testing was not a substantial reason to refuse testing by the Defendant’s expert.  Accordingly, the stay of proceedings was ordered.

The decision confirmed the application of the principals set out in Starr. The judgment emphasised that without a substantial reason for a Claimant not wishing to undergo testing by a Defendant’s expert, the Court would order a stay.  The fact that an examination was unpleasant or distressing would not be sufficient reason for refusing examination. 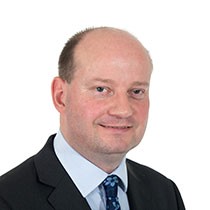 I specialise in regulatory proceedings, clinical negligence and inquests working...