As president Barack Obama pushes to bring about healthcare reform in the United States, American commentators are reflecting on the presidential debates and in particular a question raised by the television journalist, Tom Brokaw, “Is healthcare a right, a privilege or a responsibility?”  In reality it is probably a combination of all three but the interesting question, both here and in the US, is to what degree a patient is responsible for his or own health and how does this impact upon not only the taxpayer funding the healthcare system but also any claims that the patient may make against his or her treating doctor or hospital?

The answer is that although we are all encouraged to lead healthier lifestyles and make responsible health choices little burden is put on the patient in common law to take responsibility for his or her well being.  Unlike other types of Claimant in road traffic accident litigation or accidents in the workplace, a patient receiving medical treatment is very rarely found legally responsible for actions which may have contributed to an injury or worsening of a medical condition following a finding of clinical negligence, or even partly responsible.

The principle of contributory negligence was considered by Denning LJ in Davies v Swan Motor Co (1) who stated that it depends on an assessment of whether the injured person was acting as a responsible individual and with reasonable care.  Therefore, if a patient is held to have acted in such a way that the behaviour falls below that which a reasonable person would exercise for his or her own protection then he or she could potentially be found by a Court to be partly responsible for the injury and his or her damages reduced accordingly.

In clinical negligence litigation contributory negligence is a defence which a doctor or hospital rarely invokes.  There are probably three main reasons for this.  First, the facts often do not fit as neatly as in other types of litigation; historically there was a more paternalistic relationship where a patient looked to the doctor to make everything right and the doctor assumed a greater responsibility.  Secondly, the contributory negligence argument can feel rather unattractive given the doctor/patient relationship and fact that the patient will already have come to some harm, which may lead to further ill feelings or adverse publicity. Thirdly, the case law in this country supporting the argument is very limited, as opposed to in the US or Canada.

To succeed in contribution proceedings it is probably fair to say that there is a high hurdle to show unreasonable behaviour by the patient and there must be shown to have been an element of harm caused to the patient as a result.  One clinical negligence case in this country where a finding of contributory negligence was made against the patient was Pidgeon v Doncaster Health Authority (2).  The Claimant, Miss Pidgeon, sought damages in respect of a cervical smear which was wrongly reported as normal by the Defendant in 1988.  In 1997 Ms Pidgeon was diagnosed with cervical cancer.  The Defendant argued that Ms Pidgeon’s conduct in failing to undergo routine cervical smear tests, despite repeated requests to do so, amounted to a break in the chain of causation, thus absolving the Defendant from liability altogether or alternatively amounted to contributory negligence by Ms Pidgeon.  On considering the evidence the Court was satisfied that Ms Pidgeon, although unaware of the incorrect 1998 result, was spoken to on no less than seven occasions by her doctors about the need for her to have a smear and in 1991 and 1994 she received two letters from the cervical cancer screening programme urging her to undergo smear tests.  The Court found that Ms Pidgeon’s conduct did not break the chain of causation but she was two-thirds responsible for her injury and thus she was entitled only to one third of the assessed damages.  It is not difficult to find similar examples.

Two Scottish cases were referred to in the Pidgeon case; M’Kew v Holland and Hannen Cubitts (3) and Sabri-Tabrizi v Lothian Health Board (4). These two cases were considered in relation to the Defendant’s assertion that Ms Pidgeon’s conduct was so unreasonable that it broke the chain of causation.  Mr M’Kew suffered an injury to his leg at work which intermittently became numb.  Three weeks later he was descending a staircase when his leg went numb.  Instead of seeking assistance or walking down the staircase slowly Mr M’Kew decided to jump down the stairs and suffered an injury.  The House of Lords held that the Claimant‘s conduct was so unreasonable that it amounted to a novus actus thus breaking the chain of causation.  The injury suffered by Mr M’Kew was not the reasonable and probable result of the Defendant’s fault.  In the Sabri-Tabrizi case the Claimant underwent sterilisation which failed. The Claimant became pregnant but proceeded to an abortion.  The Claimant became pregnant a second time and sought damages for the negligent failure of the sterilisation to include the second pregnancy and its consequences.  Relying on the M’Kew case the Judge held that the second pregnancy was not caused by the original negligence.

Ms Pidgeon’s counsel urged the Court not to find his client’s conduct unreasonable to the degree found in M’Kew and Sabri-Tabrizi.  The Court accepted those arguments and found that the difference between Ms Pidgeon’s case and the M’Kew and Sabri-Tabrizi cases was that these two Claimants knew of their particular conditions (weakness in the leg and not being sterile) when deciding on their course of action.  However, Ms Pidgeon did not know of her condition and in fact had been reassured by the result of her 1988 test.  The Judge, His Honour Judge Bullimore, said that in his view there is an important difference between a Claimant indulging in behaviour against a background of known vulnerability, whether it be weakness of the leg or ability to conceive, and a Claimant failing to take steps which may well reveal a condition, if in fact present, having previously been reassured that it was not present.  He therefore rejected the argument that Ms Pidgeon’s conduct broke the chain of causation.

In this country, although the case law is limited and the concept of finding fault against the patient may itself seem rather alien, we should take into account the fact that the relationship between the doctor and patient is evolving as patients are given more rights, or simply become more aware of rights, and are increasingly taking a more active role in decisions about their care options.  These are good things. However, as patients now benefit from more autonomy in their relationships with doctors the result is arguably that they must also take more responsibility for their own decisions.

Therefore, doctors and their lawyers should not shy away from defending themselves by pleading contributory negligence, as happens regularly in other type of claims, for example in accidents at work.  Contributory negligence cases may arise where, for example, a patient has not attended appointments or followed specific instructions, treatments, or lifestyle choices such as not smoking, or has even given false information during the course of assessment and treatment.  However, it is important to pick the right cases and to be sure of supportive evidence. 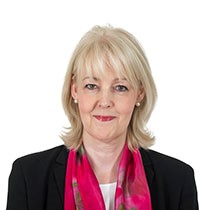