The recent High Court decision in Thompson v James and Carmarthenshire CC [2013] EWHC 515 (QB) considers an authority’s robust response to public criticism and accusations of corruption, and the circumstances in which a local authority employee can sue and succeed in a defamation claim.

Mr James counterclaimed in relation to statements made Mrs Thompson on her blog that Mr James was corrupt and was using public funds (referred to by Mrs Thompson as a “slush fund” set aside for Mr James for the purposes of the litigation) for his own benefit and was a liar (Mrs Thompson compared Mr James to “Pinocchio”).

Mr James succeeded in his counterclaim and was awarded £25,000 in damages. The court found that the blog posts were defamatory and that Mrs Thompson’s pleaded defence of “honest comment” (on a matter of public interest) failed, primarily on the basis that the statements made were not supported by any facts. Although Mrs Thompson’s references to “corrupt” and “unlawful” activities were, the judge found, “an exaggerated use of language and not outside the degree of exaggeration that may be used to express opinions on political topics”, Mrs Thompson’s persistent allegations of misconduct, corruption, lying, perjury and misuse of public funds without reference to any credible evidence did amount to a campaign of harassment, intimidation and defamation. The court also found that Mrs Thompson’s motive was to injure Mr James and she had no belief in the truth of the statements she made.

The case is a useful reminder that officers of a local authority can sue for libel in connection with statements made about them which relate to the exercise or discharge of their duties as an employee of the authority. In noting that the internet has made very easy the sort of campaign carried out by Mrs Thompson, the judge acknowledged that there would be “a serious gap in the law if members and officers of a local authority (and others who work in or for other public authorities) could not sue for libel” and “if those who work in or for public authorities could not defend themselves against the dissemination of falsehoods, the public would be the losers”. A local authority also has the power to indemnify an officer for the legal costs of bringing a defamation claim (Mr James’ counterclaim was funded by the Council).

However, the judge noted that civil servants acting in their official capacity must show a greater degree of tolerance to public scrutiny and criticism. This is not a surprise and it reconfirms the conclusion reached by the House of Lords in the Derbyshire case some 20 years ago. But the judge also recognised that where a person maliciously spreads false and defamatory allegations about individuals holding public offices, a libel action may be the best means of establishing the truth and preventing repetition.

The court’s decision also shows that a public authority can succeed in running a “qualified privilege” defence even where an individual’s Article 8 Convention rights are engaged in circumstances where it is the individual who has first brought matters into the public domain (Mrs Thompson invited an online response to her persistent criticisms).

Finally, although a libel claim, this case highlights conduct that may amount to harassment of local authority officers. The judge found that Mrs Thompson’s persistent allegations of corruption and lies would have caused a reasonable officer in the position of Mr James to have felt distressed and intimidated. However, the judge commented that writing a blog which is highly critical of a local authority does not necessarily amount to harassment. 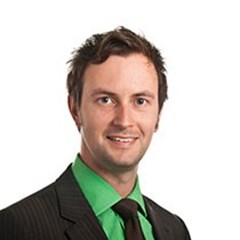