A landmark manslaughter case against Maidstone and Tunbridge Wells NHS Trust and an anaesthetist has collapsed after a judge ruled there was no case to answer.   This was the first prosecution against an NHS Trust since the introduction of the offence in 2008.

The Trust was prosecuted for corporate manslaughter following the death of a 30 year old school teacher, Frances Cappuccini, after she underwent an emergency caesarean section at Tunbridge Wells hospital in Kent. The Prosecution alleged that two of the doctors responsible for her care lacked vital qualifications and experience and that there were serious shortcomings in supervision.

Dr Nadeem Azeez, who the prosecution said was primarily responsible for Cappuccini’s care, would also have faced trial for gross negligence manslaughter had he not left the country for Pakistan.

Mrs Cappuccini suffered a cardiac arrest shortly after her surgery in October 2012 and died as a result of high levels of acid in her blood due to a lack of oxygen.

The prosecution case alleged that if one or both doctors was found to be grossly negligent then the Trust had employed someone it knew, or should have known, was not suitably qualified or trained.

The judge said "there is no question that Frances Cappuccini should not have died at the trust hospital on 9 October" but went on to outline that there were a number of flaws in the prosecution case including evidence that showed some of Dr Cornish's actions had been "about as far from a gross negligence manslaughter case as it is possible to be".

The trial judge instructed the jury at Inner London crown court to acquit both defendants, just over two weeks into the trial, having ruled that they had no case to answer. 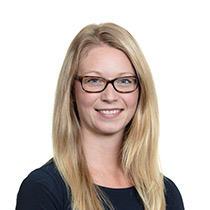