Prior to 4 May 2017, if an indemnity insurer failed to pay a claim within a reasonable time, the insured had no remedy in damages for any loss it may have suffered as a result.

However, this is no longer the case.

The Insurance Act which came into force on 12 August 2016 has been amended by the Enterprise Act 2016 with the addition of Part 4A meaning that as from 4 May 2017 a term will be implied into all insurance contracts stating that the insurer must pay claims within a "reasonable time" to include a reasonable time to investigate and assess the loss.  If there is a breach, the insured could have a claim for damages if they have incurred a loss resulting from the delay in payment.  Interest on late payments can also be claimed.

This does not however prevent an insurer from refusing to pay a claim if it has reasonable grounds to do so and there is no obligation to make any payment whilst a dispute continues provided the insurer is acting reasonably. It is not intended to limit fair claims handling decisions but rather catch bad claims handling.

It is anticipated that the practical application of these provisions will be relatively limited.

The question of what is "reasonable" will depend on the relevant circumstances and a non-exhaustive list of factors to be taken into account as set out in the Act including:

The insurer has the right to use an express term to contract out but not in the case of consumers.  Any claim against an insurer must be made within one year of the date on which the claim was paid.  Contracting out will not protect an insurer if they have committed a deliberate or reckless breach of the implied term.

However, determining what is a "reasonable time" is likely to give rise to disputes but time will tell. 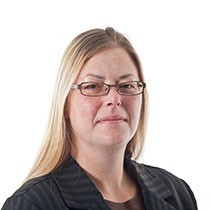 I am a specialist in both claimant and defendant personal...