The (then) Legal Services Commission ("LSC") conducted a public procurement process for the award of contracts for immigration and asylum and mental health work in the UK. Hersi submitted a tender for the opportunity along with 400 other firms but was unsuccessful due to the low score it achieved in the evaluation process. As part of the tender, there were 7 questions under the selection criteria which all applicants were required to answer. Hersi answered the first 3 questions but then failed to provide an answer to 4 out of 7 of the scored questions. Instead, these were left blank. As a result, the LSC awarded a "0" in respect of the 4 "blank" responses which meant that Hersi failed to obtain the required number of points to be awarded a contract. Hersi challenged the LSC's decision by way of judicial review.

Hersi argued that the LSC should have sought clarification of their "non-answers" and/or that the answers to the questions were plain from other parts of its bid and, should have been scored accordingly. Hersi also claimed that the LSC breached the equal treatment principle in its decision not to allow Hersi to clarify its bid given that (allegedly) the LSC afforded the opportunity for others to clarify their bids in comparable circumstances.

The court confirmed that the duty on a contracting authority to clarify a tender only arises in exceptional circumstances.

It went on to confirm that:

Hersi's claim failed. This was not a situation where there were obvious errors and/or ambiguities. Hersi had failed to submit a fully complete tender. The tender documents were clear on the consequences of failing to answer a question. On this basis, the court held that LSC was entitled to act in accordance with the conditions of the tender and evaluate Hersi's bid at face value; assuming that the blank responses (non-answers) meant that Hersi was not able to offer the required type or level of service and to score accordingly.

Equal treatment: Hersi also claimed breach of the principle of equal treatment, arguing that the LSC treated the tenders of numerous other applicants differently. Hersi sought to make comparisons with the treatment of over 120 different firms in the competition, regardless of whether they were successful or not. The court concluded that the comparison exercise was misconceived and could not demonstrate a relevant failure to comply with the equality principle as bidders in the same situation as Hersi were treated identically. In addition, there was no European or UK authority to necessitate or encompass such a comparison exercise. Hersi's claim therefore failed on this ground as well. 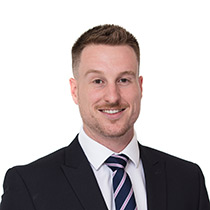