Welcome to our latest round-up of recent employment law developments and what they mean for you.

Sarah Lamont reports on a case which looks at dismissing an employee on a TUPE transfer where the incoming employer anticipates difficulties with that employee.

The Transfer of Undertakings (Protection of Employment) Regulations 2006 (TUPE) preserves employees’ rights under their contract of employment when a business, or part of one, is transferred to a new employer.

One of the key rights conferred on employees subject to a TUPE transfer is protection from unfair dismissal for a reason related to the transfer.  In general, a dismissal linked to a TUPE transfer will be automatically unfair, unless the reason is for an ‘economic, technical or organisational reason’ entailing changes to the numbers or functions of the workforce (an ‘ETO reason’).

Employees also have the right to object formally to being TUPE transferred, and this means that their employment automatically ceases on the day of the transfer, without there being any dismissal.

A thorny question which sometimes arises when a workforce is transferred under TUPE, is whether the incoming employer can dismiss a ‘difficult’ employee because it anticipates problems with the working relationship post-transfer. Is the “sole or principal reason” for that dismissal the TUPE transfer itself and, therefore, automatically unfair – or is the dismissal because of the anticipated difficulties and therefore unconnected with the transfer? This is what the Court of Appeal (CA) looked at in Hare Wines Limited v Kaur & another

The Claimant, Ms Kaur, worked as a cashier for a wine wholesale business company, H&W Wholesale Limited (H&W), since 2002. When in December 2014 H&W started experiencing financial difficulties, it was decided that HW would transfer, under the TUPE Regulations, to Hare Wines Limited (Hare Wines). During her employment Ms Kaur had experienced a difficult working relationship with a colleague, Mr Chatha, who was later set to become a director for Hare Wines.

It was common ground between both parties that on 9 December 2014 there was a TUPE transfer of the businesses from H&W to Hare Wines. Over the course of that day H&W held several meetings with the employees from the company, including Ms Kaur. Following the meeting she received a letter from her employer which read: “…I must inform you that our business will now cease to trade. As a result we will unfortunately have to terminate your employment as of today”. The other employees were all retained.

Ms Kaur brought a claim for redundancy pay, notice pay and automatic unfair dismissal by reason of the TUPE transfer. The case was first heard at the Employment Tribunal (ET) who had to consider the contrasting evidence between the parties regarding the circumstances of Ms Kaur’s dismissal. Ms Kaur contended that at the meeting she was informed that Hare Wines did not wish to employ her, therefore the dismissal was because of the impending transfer. However, Hare Wines argued that Ms Kaur was unhappy about working for them due to the difficult working relationship with her colleague and, as she objected to the transfer, her employment ended. The ET agreed with Ms Kaur’s version of events, and found that the reason for the dismissal was the TUPE transfer and that she had, therefore, been automatically unfairly dismissed.

The case went to the Employment Appeal Tribunal where the findings of the ET were upheld. This decision was appealed to the CA.

(a) she got on badly with Mr Chatha and the proximity of the transfer was coincidental; or

(b) because Hare Wines did not want her on their books, the reason for that being that she got on badly with Mr Chatha.

The CA gave that argument short shrift. It found that Hare Wines had anticipated ongoing difficulties in the working relationship between Ms Kaur and Mr Chatha. It therefore decided that it did not wish her contract of employment to transfer and that was why she was told that she was dismissed. Accordingly, the transfer was more than just the ‘occasion’ for the dismissal; it was the principal reason for the dismissal.  The problems between Mr Kaur and Mr Chatha were tolerable pre-transfer; but were not tolerable post-transfer – it was the transfer that made the difference and was, therefore, the principal reason for the dismissal.

This is a useful case which proves to be a reminder to employers that a TUPE transfer is not an opportunity to terminate the contract of employment of a ‘difficult’ employee. The dismissal of an employee in the proximity of a transfer gives rise potential claims of automatically unfair dismissal by reason of TUPE transfer (unless there is a specific ETO reason – see ‘background’ above). Instead employers are expected to manage their new employees as they normally would by using their internal procedures and policies.

An update from Jodie Sinclair on lawfully suspending employees from work, following new case law guidance from the Court of Appeal.

At first glance, suspending an employee suspected of misconduct at work is a simple, low risk process: a sensible, potentially damage limiting exercise which quickly removes the employee in question from the workplace while their guilt or innocence is established. As such, it is understandable that many employers are quick to ‘pull the trigger’ on a suspension.

However, it is not a step to take lightly: there are significant traps for the unwary – as illustrated by the recent Court of Appeal case of The Mayor and Burgesses of the London Borough of Lambeth v Agoreyo, which has reconsidered suspension as a possible breach of the implied term of mutual trust and confidence.   But before we delve into that case, what are the key points to remember before going ahead and suspending an employee?

By way of example, damages for psychiatric illness were awarded where a care worker was suspended following allegations of sexual abuse, where there was no apparent cause for the allegations (Gogay v Hertfordshire County Council (2000))

As mentioned above, the application of this test was recently examined by the Court of Appeal in a case called The Mayor and Burgesses of the London Borough of Lambeth v Agoreyo.  This case concerned a teacher working in a primary school who was accused of using unreasonable force with two children. The teacher was suspended pending an investigation into the allegations, but handed in her notice on the same day that she received her suspension letter. The teacher argued that her suspension was a repudiatory breach of contract, and she had, therefore, been constructively unfairly dismissed.  The High Court found that the suspension had been issued as a ‘knee jerk’ reaction and the teacher in question had been constructively unfairly dismissed. The Court of Appeal (CA) has now overturned that decision, and said that there was reasonable and proper cause for the suspension. In making its decision, the CA made the following points.

So where does this leave employers? The comment in Mezey, that suspension is not a neutral act, is now less relevant than it has been to date, as the CA confirmed that the more pertinent question is whether there is reasonable and proper cause for a suspension; and this question will depend very much on the facts.  That said, prudent employers should remain mindful that suspension is likely to have some stigma attached to it for the employee being suspended, even if it is now less relevant to technical legal test for constructive dismissal.

New guidance has been published by the Department for Business, Energy and Industrial Strategy (BEIS) on how to calculate holiday pay for workers undertaking irregular hours.  The guidance is non-statutory and can be downloaded here.

Data has also been published by BEIS highlighting that there is a lack of understanding of how holiday pay entitlements operate, beyond a basic knowledge that workers are entitled to paid holiday. Somewhat surprisingly, 35% of those surveyed thought that only employees in permanent roles are entitled to holiday pay.  The full survey can be downloaded here.

As the gender pay gap regulations have now bedded in and employers are filing their second annual reports, it is evident that most employers’ figures are showing a pay disparity between genders. The Government Equalities Office has now published two new pieces of guidance to help employers close their gender pay gap.

The two pieces of guidance are intended to be complementary and read alongside one another in helping employers use the gender pay gap reporting requirement to assist with closing any gap that has been identified. The guidance is clear and concise and would form a useful starting point for equalising gender pay.

From 6 April 2019, annual increases to statutory payment and compensation limits will take effect.

New national minimum wage are now in force, with effect from 1 April 2019.

Payslip changes – with effect from 6 April 2019

In accordance with the Employment Rights Act 1996 (Itemised Pay Statement) (Amendment) Order 2018 new legislation is coming into force this month which will require employers to provide to all workers new and improved payslips.

Additional information must be shown on a payslip for workers whose pay varies depending on the number of hours they have worked. When this is the case the number of extra hours worked need to be shown on the payslip together with the hourly rate. The payslip will also need to be clear as to which pay period the hours were worked in.

Example: if a worker has a fixed salary each month but her work is variable and during overtime she gets additional pay at an hourly rate, the hours of overtime and pay rate will need to be shown.

To comply with the new legislation the payslip will need to:

If a worker’s pay does not vary by the hours of time worked there will be no need to include an hourly figure to account for the variation in pay caused by e.g. statutory sick leave or unpaid leave.

A worker who thinks that they have not received a payslip or that the payslip they have received lacks the required information as of 6 April 2019 may be able to bring a claim against their employer before an Employment Tribunal.

Shining a light on wrongdoing at work

Please join us for our free half day training sessions, taking place in Leeds, London, Bristol and Birmingham, looking at current issues relating to the raising of concerns at work, including

Following the formal session, there will be time for discussion and knowledge sharing between the speakers and delegates, enabling an exchange of views and insight into employers’ experiences and practice.

I am a specialist employment lawyer with over 25 years'... 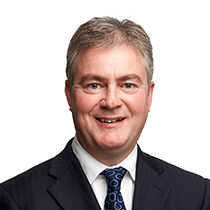