Michelle Blackwell, an apprentice legal executive and paralegal at Bevan Brittan LLP, has won a regional title in the National Apprenticeship Awards (2018).

Michelle, who works within the clinical risk team at Bevan Brittan in Birmingham, was the winner of the Higher or Degree Apprenticeship of the Year (West Midlands) award. She was among 18 winners and highly commended employers and apprentices from across a range of industries – including local authorities, construction, banking and engineering – being awarded.

All regional winners automatically become national finalists and are invited to a national ceremony later in the year in London – where a national winner and two highly commended entries for each category will be announced.

Michelle, who is also an ambassador for the Young Apprentice Ambassador Network (YAAN), has completed the first three years of her CILEx (Chartered Institute of Legal Executives) training and has now progressed onto the level 6 three-year programme. Her eventual ambition is to become a fully qualified solicitor.

“I am delighted and honoured to have won this award, and that the high quality work Bevan Brittan performs in legal training has also been recognised. As well as supporting the firm’s clients, a key part of my work is providing assistance with pro bono activities, supporting other legal apprentices and helping to promote apprenticeships by providing careers advice to schools in the region.”

The National Apprenticeship Awards recognises excellence in businesses that grow their own talent with apprenticeships, and apprentices who have made, and keep making, a significant contribution to their workplaces.

The aim of the awards is to showcase the diverse range of apprenticeships and the tangible impacts they have on businesses and individuals’ careers. Both those shortlisted and winners are recognised as apprenticeship exemplars, highlighting recruitment excellence, high quality training practices, diversity and career progression.

“I would like to congratulate Michelle for winning this regional award, which reflects both the significant contribution she makes to our team and the energy she commits to her pro bono and other activities. I wish her every success in the national finals.

“Bevan Brittan apprenticeships are open to candidates who have completed their A-levels, and those who are taken on complete a two-year programme that will see them achieve CILEx accredited qualifications, setting them on the path to becoming a Chartered Legal Executive.”

“The apprentices spend four days a week working alongside solicitors in Bevan Brittan’s offices, and one day a week studying for their academic qualification.  All qualification fees and costs are paid for by the firm, in addition to which the apprentices receive a salary – making it an attractive route into the legal profession.” 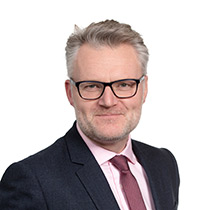