One of Bevan Brittan’s trainee lawyers was among the winners at the National Paralegal Awards 2020.

Fellow Paralegal Apprentice Aimee Haden was Highly Commended in the ‘Paralegal of the Year’ and ‘Best Conveyancing Paralegal’ categories.

The National Paralegal Awards recognise the best apprentices and paralegals in the profession.

Michelle and Aimee are based at Bevan Brittan’s Birmingham office, where they are working towards becoming fully qualified solicitors. Both have also been shortlisted for ‘Apprentice of the Year 2020’ at the Birmingham Law Society Awards, now due to take place in April 2021.

The firm is currently supporting nine apprentices across its four offices. Trainees are provided valuable hands-on experience of legal work while studying for their Paralegal Level 4 qualification. Most apprentices also study for their Level 6 Chartered Legal Executive Apprenticeship or the Level 7 Solicitor Apprenticeship.

“At Bevan Brittan, we offer a welcoming yet stimulating environment for apprentices to embark on their legal journey. I would like to congratulate both Michelle and Aimee for their achievements in these prestigious awards. Both are talented individuals who have consistently shown their desire to succeed at the highest level during their time with the firm. So it’s no surprise to me to see their dedication being recognised.” 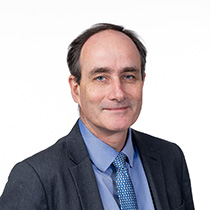