In March 2002, Dacorum Borough Council granted a joint introductory tenancy to Mr and Mrs Sims which, in March 2003, became a secure tenancy. After alleged domestic violence Mrs Sims left the property with her children. In June 2010 Mrs Sims served a notice to quit on the Council.

Mr Sims asked the Council to transfer the tenancy into his sole name. The Council refused and told Mr Sims he had no right to remain. That decision was upheld by the Council after two reviews. The Council issued possession proceedings against Mr Sims. In Mr Sims’ Defence he argued that the rule in Hammersmith & Fulham LBC v Monk [1992] – that a periodic joint tenancy is terminated immediately if one joint tenant serves a notice to quit on the landlord – was incompatible with his Article 8 rights. The defence failed and in December 2011 a possession order was made.

Mr Sims appealed to a Circuit Judge, who granted permission for an appeal direct to the Court of Appeal. The ground of Mr Sims’ appeal was that the rule in Monk is incompatible with his Article 8 ECHR and Article 1, 1st Protocol rights, in that it fails to give him the required respect for his home and/or is an interference with the enjoyment of his possessions and a deprivation of his property rights. It was argued on his behalf that the required compatibility with the ECHR could be achieved by treating the notice to quit as a `release’ to Mr Sims of Mrs Sims’ interest in the property, i.e. allowing him to stay and making him the sole tenant of the property.

The hearing at the Court of Appeal was slightly unusual in that, as the rule in Monk was laid down by the House of Lords, even Mr Sims’ counsel acknowledged that only its replacement, the Supreme Court, could ultimately decide the issue. Therefore the issue for the Court of Appeal was whether it would grant permission for an appeal to the Supreme Court.

The Court of Appeal decided that it should not simply refuse permission, nor should it simply grant permission, before it had decided whether the human rights points were reasonably arguable.

After having reviewed the facts and considered the arguments from both sides, the Court of Appeal refused Mr Sims permission to appeal to the Supreme Court. In giving the leading judgment, Lord Justice Mummery came to the conclusion that neither Article 8 nor Article 1, First Protocol are engaged in these circumstances. The rule in Monk is a contractual/property right inherent in a joint tenancy that either joint tenant can take advantage of. Mrs Sims exercised that right. The Council was simply a recipient of the notice, and had not interfered with Mr Sims’ enjoyment of the property.

In a strongly-worded section of the judgment Lord Justice Mummery stated that if Mr Sims’ counsel was right in his argument, “Mr Sims would acquire, by force of ECHR law and in the absence of any agreement with the owner of the property, greater and different property and contract rights binding on the Council than he and his wife had originally acquired from the Council by agreement” and that “That seems to me to be more of a case of interference with the Council’s enjoyment of its possessions than of any interference by the Council with the possessions of Mr Sims”.

Given that the Court’s judgment was only handed down on 24 January 2013 it is not known whether Mr Sims will appeal directly to the Supreme Court for permission to appeal to it. However, until any such appeal is made local authorities and registered providers may take comfort from the fact that the rule in Monk, which many rely on, survives and has been robustly supported by the Court of Appeal. 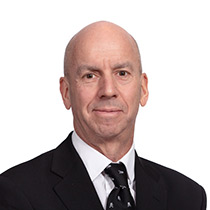