Many local authorities will face problems with trespassers on school premises.  In Buckett v Staffordshire County Council, Judge Main QC considered the extent of the defendant Council's duty of care to trespassers.

The Claimant, who was 16 at the time, was trespassing with friends on a school roof on a Sunday afternoon.  He suffered a severe head injury when he fell through a skylight after jumping onto it.

The Judge found against the Council on most of the main issues.  He rejected the Council's defence that, at the time of the accident, the Claimant was engaged in criminal activity, and therefore his claim should fail on the grounds of public policy (the principle known as "ex turpi causa"). The Judge decided that whilst the Claimant and his friends had earlier broken into and stolen from a tuck shop on the school site, and had caused damage to school property, by the time of the Claimant's accident that criminal activity had concluded, and the Claimant was "just engaging in the tort of trespass".  The Judge ruled that trespass alone was not a sufficiently serious activity to support a defence of ex turpi.

The Judge also ruled against the Council on most of the key factual issues.  In particular he found that:

Crucially for the Council, however, the Judge found that these factors were irrelevant.  The only duty which the Council owed to the Claimant as a trespasser was under the Occupiers' Liability Act 1984, which imposes obligations where a risk of injury to trespassers is caused by "any danger due to the state of the premises".

The Judge concluded that the duty under the Act is only engaged when premises are inherently dangerous.  He decided that the skylights on the school roof were "in no sense defective or in need of repair".  They were raised well above the surface of the roof, and it would have been abundantly clear that they were not intended to be walked or stood on.

He therefore concluded that even thought the Claimant had succeeded on most of the factual issues, the roof and skylights were not dangerous, and therefore the 1984 Act simply did not apply.  Issues such as a foreseeability of trespass and access to the skylights, and the Council's failure to perform proper risk assessments, were therefore irrelevant.  In the absence of any obligation under the 1984 Act, the Council could not be liable.

This case highlights the key importance in trespasser cases of establishing whether the premises are inherently dangerous.  The Judge gave a good example from an earlier decision, Keown v Coventry Healthcare NHS Trust, where a 12 year old child had fallen while trespassing on a fire escape.  The Judge in that case had concluded that it was foreseeable that children would trespass onto the premises, and that they would be enticed to try and climb up the fire escape.  However he concluded that as the fire escape was not in any way faulty, it could not be described as inherently dangerous, and therefore the obligation under the 1984 Act was not engaged.

It is important to note that this analysis only applies in trespasser cases, where the occupier's only obligation arises under the 1984 Act.  The Judge emphasised that the outcome could well have been very different had, for example, an employee of the school fallen through the skylight, as a wide range of other duties would have been owed to the employee under health and safety legislation.

Finally, the decision is noteworthy in that it emphasises that the "mere" fact of trespassing on Council property will not make a Claimant's activities illegal and thereby justify a defence to the claim on policy grounds.  However the Judge did point out that if the Claimant had been jumping on the skylight whilst deliberately trying to cause criminal damage to it, then that would probably have been enough to defeat the claim on policy grounds. 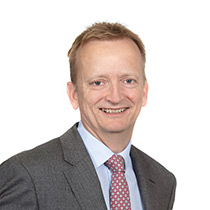