Last week’s Court of Appeal judgment gave a ruling over junior doctors’ rest breaks in a test case of significance across the NHS. The Court of Appeal ruled that Derby Hospitals NHS Foundation Trust’s, now known as University Hospitals of Derby and Burton NHS Foundation Trust (“the Trust”), methods for monitoring rest breaks were in breach of contract and “irrational”. The NHS now faces having to pay out millions of pounds to junior doctors.

The appeal was brought by Dr Sarah Hallett, who underwent training at the Royal Derby Hospital, on behalf of 20 other doctors who trained with her, and with the support of the British Medical Association (“BMA”).

Dr Hallett had been employed under a standard contract which was subject to the Terms and Conditions of Service for NHS Medical and Dental Staff (England) 2002 (version 10) (“the 2002 Contract”). Under the 2002 Contract, the Trust was obliged to monitor working patterns, hours and rest breaks through local monitoring arrangements. Under the terms and conditions, junior doctors were required to take 30-minute breaks after four hours' continuous work and they were entitled to a supplement to their pay if there was non-compliance. The Trust carried out monitoring using a software programme that based its calculation on the expected number of duties and added in data where it was missing. Dr Hallett argued that use of the software led to outcomes that were in breach of the Trust’s contractual obligations.

The Court of Appeal ruled that the Trust’s methods for assessing rest breaks compliance were flawed because it used data from rotas drawn up in advance as opposed to using actual recorded data for each duty period.  Lord Justice Bean said: “I therefore accept the claimant's argument that the assessment of natural breaks compliance should have been calculated using actual recorded data for each duty period during the monitoring round as opposed to the expected data shown on the rota.'' The Court of Appeal concluded that the Trust’s method of calculation was both “in breach of the contract on its proper interpretation and also irrational”.

“A test case of significance across the whole NHS”

Lord Justice Bean noted that this was a test case of significance across the whole NHS because the way in which the Trust had interpreted and applied its obligations to monitor compliance with the contractual provisions relating to breaks is consistent with the way NHS Trusts have behaved in many areas of England and Wales. This is in part because many NHS Trusts monitor compliance using the same commercially available software.

The Trust could now have to pay Dr Hallett and her fellow trainees a total of £250,000 in additional pay that they missed out on over an eight-month period. Dr Jeeves Wijesuriya, BMA junior doctors committee chair, said that Dr Hallett is not seeking compensation and the objective was to “establish the correct interpretation in the law to both protect patient safety and the interests of junior doctors”. However, Lord Justice Bean commented that the wider cost for the NHS as a whole is “potentially substantial”. The 2002 Contract was in widespread use across the NHS and it is clear that there could be considerable costs implications arising from this decision.

While this decision clearly has significant implications across the NHS, it is important to note that this ruling relates to the contractual position under the 2002 Contract. This has now been replaced by the Terms and Conditions of Service for NHS Doctors and Dentists in Training (England) 2016 (version 1) (“the 2016 Contract”) which does not contain the same provision regarding supplemental pay for non-compliance with rest breaks, and a different approach to monitoring, the taking of breaks and exception reporting is now in place. Accordingly, the scope of this ruling is confined to the potential historic liabilities under the old 2002 Contract relating to non-compliance with the contractual provisions regarding breaks.

The BMA is currently communicating with its members about how they can establish whether they are eligible to make a claim against their employer in relation to breaches of their contractual obligations regarding breaks under the 2002 Contract. To be actionable, any breach must have occurred within the last six years.

NHS Trusts using software where rotas with insufficient rest breaks were indicated or where the compliance result was marginal and/or has been affected by an invalid return date are likely to be most at risk.

We understand that the Trust is currently deciding whether to appeal this decision to the Supreme Court. NHS Trusts should keep up-to-date with any developments over the next couple of weeks and send a holding response to any doctors who raise issues during that time. If there is an appeal, then Trusts should await the outcome of the appeal process before taking steps to investigate potential claims.

If the judgment is not appealed, then it would be wise for Trusts to consider undertaking an audit to identify potential breaches over the last six years and /or other risk areas in order to ascertain the potential extent of liability and make provision for accounts.

If you would like any advice or assistance in relation to this issue, please contact a member of our Employment team.

The full judgment can be read here. 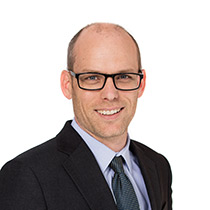 I am a specialist in all aspects of contentious and...