An Ombudsman’s decision resulted in unexpected cost for a council which issued an incorrect benefits statement. Philip Woolham reports.

The Pension Ombudsman’s determination in The Estate of Mrs S (PO-19018) illustrates how complexities can arise when employment contracts and pension scheme rules have to work together, and employers must operate different definitions in respect of the same set of factual circumstances.

Mrs S was a part time teacher employed by Liverpool City Council. She was a member of the Teachers’ Pension Scheme. She became seriously ill and eventually exhausted her entitlement to sick pay. The regulations governing the Scheme stated that she was then no longer in pensionable employment as a result. She would certainly have been entitled to draw early retirement benefits on the grounds of ill-health if she chose.

However, in good faith, the governors of her school agreed that she should remain on the payroll as an unpaid employee, hoping, if she did, that she would return to work at some stage. She was therefore recorded as an employee on the council’s returns to the Scheme, effectively therefore still in pensionable service.

Mrs S was unfortunately now very ill, but based on the council’s information, the Scheme sent her statements confirming that her estate would be entitled to receive a death in service payment should she die. In fact, it was not, as this was only payable while in pensionable service, i.e. paid employment, and for twelve months afterwards. She had been unpaid for longer than that by the point she sadly died. The correct method of drawing her benefits at this stage would have been to draw them early due to ill-health, whether as a pension or a lump sum.

The Scheme could not pay Mrs S’s husband death in service benefits, because she no longer qualified under the rules. Instead, the Scheme paid a much smaller death grant in addition to spouse’s and children’s benefits. The difference between the in-service lump sum and death grant was close to £100,000.

Mrs S chose not to apply for ill-health early retirement because she believed on the basis of her pension statements that her family would be better off if she was still classed as an active employee. This was a logical decision based on what she had been told.

Mrs S’s husband made a complaint to the Ombudsman once discussions with the Scheme, school, council and the Department for Education had failed to resolve the situation.

The Ombudsman determined that the council was at fault for incorrectly logging Mrs S as an active employee, not an unpaid one. It was this that had caused the Scheme to continue to send Mrs S statements as if she was an active member, entitled to death in service benefits.

The Ombudsman ordered the council to pay to Mrs S’s estate the amount of benefits that she would have received had she applied for ill-health early retirement benefits when she was no longer entitled to sick pay, less the amount the Scheme had paid out in death grant.

This decision shows that just because someone might be treated as an employee, even an unpaid one, in an employment contractual sense, this does not mean that it automatically follows that they will be classed as one for pension purposes. The differences between the employment contract and pension scheme rules can have very serious financial consequences for employees and their families.

Equally importantly, it is vital for any employer, public or otherwise, to consider what information it is sending to a pension scheme in relation to its employees, and to make sure that the way they classify employees, particularly those in unusual circumstances, will not lead to later difficulties. If possible, instead of just relying on regular information flows, it is better to discuss specific difficult cases with the pension scheme, so that all parties know what has been agreed. That is an additional administrative burden for both employer and pension scheme, but may help to avoid long-drawn out complaints processes such as this and additional cost. 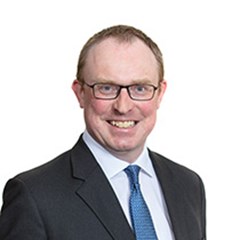